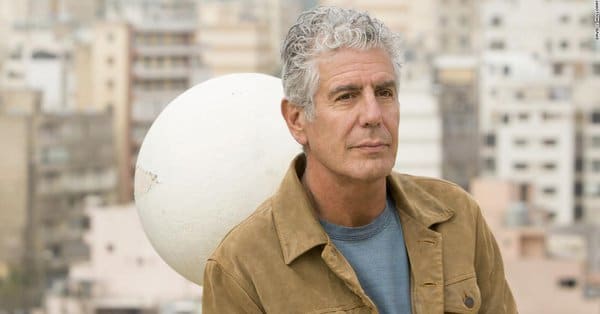 Hollywood stars and other public figures were quick to take to social media to weigh in on the shocking death of famed chef Anthony Bourdain. He was 61.

Bourdain — who hadn’t posted anything on social media for four days — was in Strasbourg, France working on an upcoming episode for his award-winning CNN original series Parts Unknown, which he’s hosted for five years. The 11th season premiered last month.

According to CNN, his close friend and chef Eric Ripert found Bourdain unresponsive in his hotel room Friday morning; the production crew were also there.

In addition to mourning Bourdain, a number of stars urged awareness about depression and warning signs and advised anyone who needs help that they could call the National Suicide Prevention hotline at 1-800-273-8255.

Bourdain’s suicide is the second in less than a week by a high-profile public figure after fashion designer Kate Spade killed herself by hanging earlier in the week.