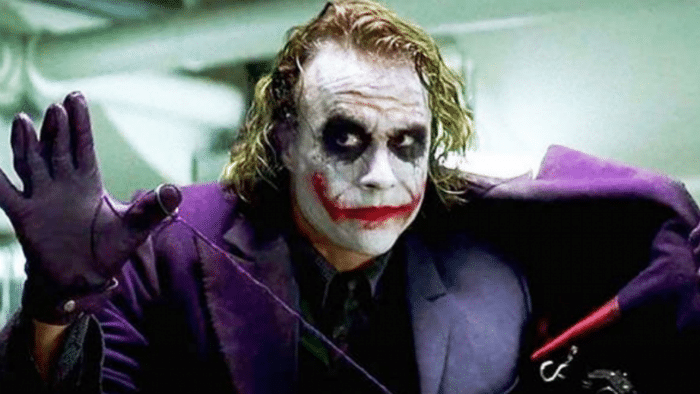 Jared Leto’s performance as the Joker is one of the lowest points in the Warner Bros. franchise known as the DC Extended Universe, which includes “Man of Steel” and “Justice League.”

His appearance in “Suicide Squad” was largely panned by fans and critics alike, yet he is still being considered for a comeback in a potential DCEU film.

Leto’s appearance in “Suicide Squad” has inevitably led to comparisons to Heath Ledger’s fantastic performance in Christopher Nolan’s masterpiece The Dark Knight, considered the superior of all the Joker performances.

One writer at ScreenRant had a different perspective. In an article retweeted on Wednesday, he claims that Leto’s Joker is better, opining that “he’s somewhat of a fashion icon” and “he has an amazing car.” Riveting arguments. This earned some strong responses from many fans, including The Daily Wire Editor-in-Chief Ben Shapiro.

Because the writer was dropped on his head as a baby https://t.co/gFD5sk0lbP

The Joker just appears to wreak havoc, offering intriguingly conflicting information about himself. Unlike Jack Nicholson’s 1989 version, where his origin plays out on the screen, Ledger needs no introduction. This plays perfectly into his complex, often contradictory background in the comics, which present various possibilities for an origin, including “Lovers and Madmen,” “Case Study,” and the stand-alone “The Killing Joke.” As Batman once said, “Like any other comedian, he uses whatever material will work.”

Cesar Romero brought a funny, albeit benign Joker in 1966, but no one could say he was intimidating. Nicholson at times pulled off a sinister air, but the theatrics undermined it. Same for Leto, who relied on an over-the-top personification. When Ledger appeared on screen, you immediately feel a tingle go down your spine. He did not need flash, a tuxedo, or a fancy car. It is merely his nature that chills us.

Heath Ledger’s dialogue is spot-on. Anyone who has seen the film remembers, “Whatever doesn’t kill you simply makes you stranger,” “I’m an agent of chaos,” and, of course, “Why so serious?” Nicholson, of course, has some great one-liners too, including, “Where does he get these wonderful toys?” and “Ever danced with the devil in the pale moonlight?” No one remembers “Suicide Squad” dialogue, except for maybe, “Blah, blah, blah, blah, blah …”

While it’s true the Joker underestimated the goodness of the people of Gotham, he still manages to stay one step ahead of the Caped Crusader through most of the film. While Romero may baffle Batman at times (and the audience), our hero always comes through in the end. Nicholson’s only real mind game with Batman is his deadly poison mixture. Even in the final act of “The Dark Knight,” the Clown Prince of Crime still had an edge on Batman.

The hero and villain of the film shared some incredible moments throughout the film. From their first face-off on the streets, to their battle at the Joker’s hideout, the two challenged each other and that contest brought out the best in one another.