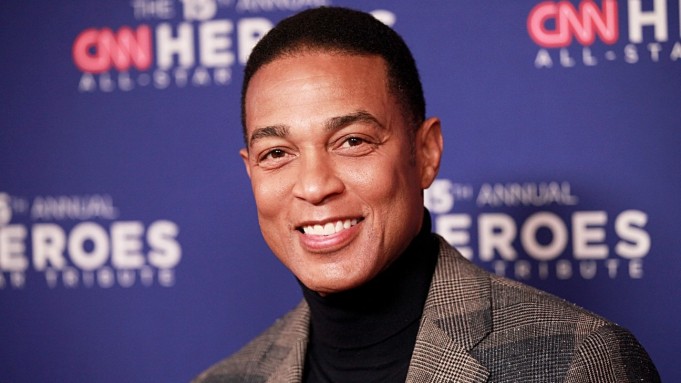 CNN+ continues to come together, with a heavy emphasis on the cable news channel’s current on-air talent.

The latest addition is CNN 10 pm host Don Lemon, who will host a talk show for the streaming service, which is slated to launch this spring. The Don Lemon Show will air weekly, and feature a live studio audience, with the host discussing “the most talkable news stories each week.”

Lemon says he was inspired by the talk shows he watched growing up, hosted by names that have become closely associated with TV history.

“I’ve been enamored by talk shows since I was a child. I’d hide the remote and made my siblings watch Johnny Carson. I wanted to be him,” said Lemon, in a statement. “And then I discovered Phil Donahue and it all clicked. ‘Caller, you’re on the air.’  A talk show centered around news, current events and everyday provocative topics – I watched every single day! Same with Oprah. Time now for this generation’s version of that great tradition. This is my opportunity to dig deeply into the topics I’m passionate about and not limited to the news of the day.”

Lemon’s talk show is the latest example of CNN taking one of its TV hosts and have them hosting a new format for streaming. In addition to Lemon, 8 pm anchor Anderson Cooper will host a weekly parenting show for the streaming service, and will also bring his current streaming daytime news show Full Circle to the service.

Meanwhile, CNN has also brought on some outside talent to bolster its offering, including NBC News reporter Kasie Hunt, and former Fox News Sunday anchor Chris Wallace. CNN+ will also have “interactive” content, though the specifics of those efforts are still TBD.

Outside of news, the channel has hired social influencer and former NBA player Rex Chapman and chef and author Alison Roman to host programs, and actress Eva Longoria will host a Mexico travelogue series based on the format created by Stanley Tucci: Searching For Italy.