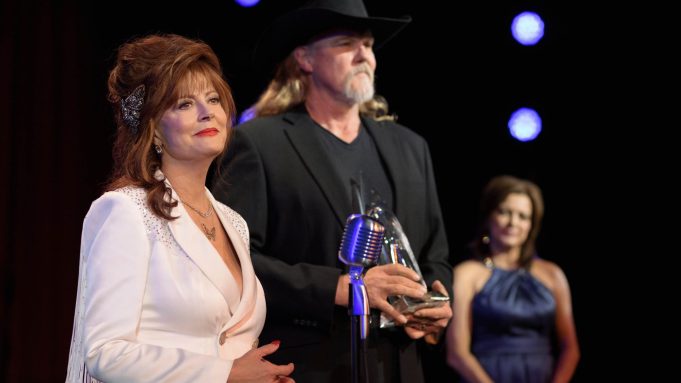 The series, which boasts Susan Sarandon and Trace Adkins among its cast, was originally meant to premiere on Sunday, Jan. 30, immediately after the NFC Championship game on Fox. It would then shift to Tuesday nights beginning Feb. 1 for the remainder of its first season. Instead, the show will now debut as part of broadcaster’s the fall 2022 schedule. Replacement programming for the Jan. 30 and subsequent Tuesday timeslots are expected to be announced in the coming days.

“With an incredible pedigree of talent and musical performances, the powerfully compelling drama, ‘Monarch,’ is a top priority for Fox Entertainment in 2022,” a Fox spokesperson said in a statement. “Unfortunately, due to the unavoidable realities of the pandemic and the profound impact Covid-19 continues to have on our industry and around the world, it is necessary to reschedule ‘Monarch’s’ January 30 debut to the Fall. As the cornerstone of Fox’s new 2022-23 slate, shifting a show of this magnitude allows us to have its entire first season produced, create additional, high-profile content and promotional windows to support launch, and give our viewers the best opportunity to enjoy the series as intended with a non-compromised run of episodes. We thank our cast, producers, writers and the entire crew for their tireless work and continued dedication to the country music-filled world that is ‘Monarch.’”

According to an individual with knowledge of the production, “Monarch” will continue production in Atlanta into the spring as planned.

The move throws quite the wrench into Fox’s midseason schedule, with “Monarch” being just one of just three new scripted shows Fox was planning to release at the top of 2022. The drama series “The Cleaning Lady” premiered on Jan. 3, while the comedy series “Pivoting” aired its first episode on Jan. 9. “Monarch,” with its star-studded cast and musical elements, was poised to be the network’s big launch of the season, as evidenced by its choice post-NFC Championship debut. A fall premiere date for the show has yet to be determined.

This is not the first TV production to be affected (once again) by COVID-19 in the past few weeks. Numerous shows have had to shutdown production recently, including the broadcast late-night shows hosted by Jimmy Fallon, Seth Meyers, and James Corden. All three hosts were forced to cancel tapings due to being diagnosed with the virus within the last week.