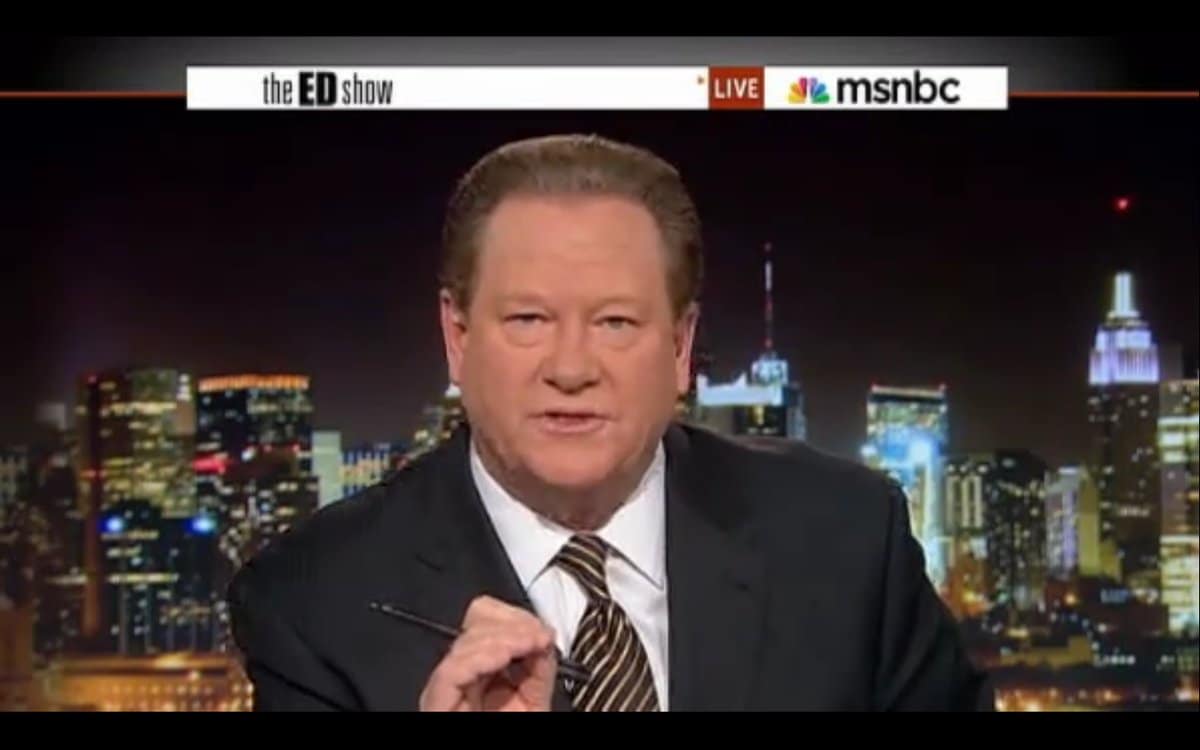 Schultz died of natural causes at his home in Washington D.C., according to RT America, his most recent employer.

A prominent television and radio broadcaster in the upper Midwest region, Schultz began his career as a sports broadcaster for Fargo-Moorhead television stations before working as the sports director at WDAY-TV. In the 1990s, Schultz transitioned to radio and served as host of a conservative talk show. He later changed his political views and became a Democrat. Shultz then became a prominent progressive voice on “The Ed Show,” which he hosted on MSNBC from 2009 until the show was canceled in 2015.

After leaving MSNBC, Schultz anchored “The News With Ed Schultz” on RT America, a talk show that aired Monday through Thursday on the Russia-owned network.

“We are devastated by the news of the sudden death of our brilliant anchor, one of the best TV-Journalists in America, Ed Schultz,” RT America editor-in-chief Margarita Simonyan said. “The respect which Ed commanded among viewers and among his colleagues on both sides of the Atlantic is impossible to overstate. He was an unconditional patriot of his country, an honest man without compromise.”