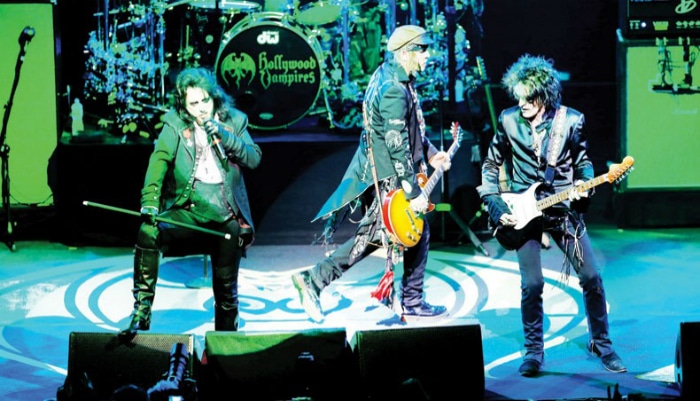 Alice Cooper, Johnny Depp and Aerosmith’s Joe Perry brought vintage rock to the mythic stage of the Montreux Jazz Festival on Thursday, performing as the Hollywood Vampires for a sellout crowd.

The American trio, all dressed in black with silver chains around their necks, lived up to their reputation as “bad boys” during the 90-minute set.

Cooper, 70, wore gothic eye make-up and carried a black stick, while heavily tattooed Depp, 55, and Aerosmith’s Perry, 67, both appeared to smoke briefly on stage as they played guitar.

“We are the Vampires and we pay homage to our old friends,” Cooper told the crowd as they sang “Raise the Dead”.

In the 1970s, “The Hollywood Vampires” was a drinking club for rockers in Los Angeles founded by Cooper, whose members included Keith Moon and Ringo Starr. 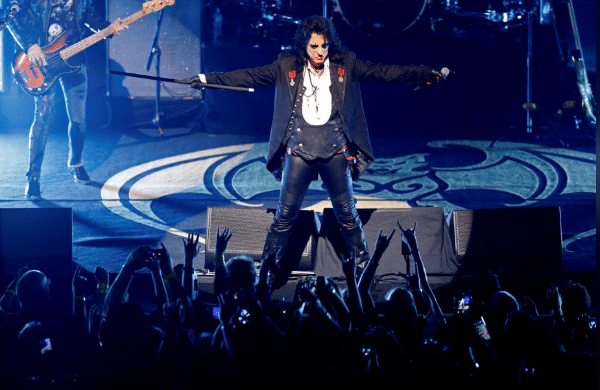 The group was set up in 2015 to honor musicians who died early deaths and during the set photos of artists including Jim Morrison, John Lennon, and Prince flashed on stage.

In addition to playing Cooper and Aerosmith classics, they revisited titles from Led Zeppelin, Jimi Hendrix, David Bowie, and Motorhead.