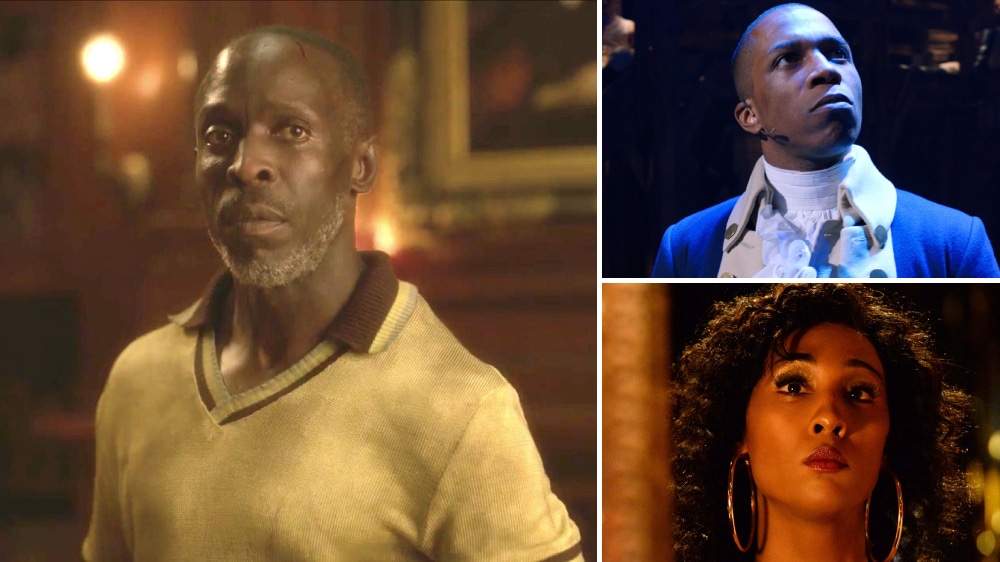 The Primetime Emmy Awards were unable to capitalize on its historic and diverse nomination fields, with all major acting trophies going to white actors.

Actors that were seen as solid contenders included Billy Porter and Mj Rodriguez (“Pose”), the late Michael K. Williams (“Lovecraft Country”) and Kenan Thompson and Bowen Yang (“Saturday Night Live”) — but in the end, all ended up empty-handed.

Michaela Coel, nominated for four Emmys, picked up the writing limited category for “I May Destroy You,” the third time a Black creative has won the category and first for a Black woman. Past Black winners have included David Mills (“The Corner”), Anthony Hemingway (“American Crime Story: The People v. O.J. Simpson”) and Stephen Williams and Christal Henry (“Watchmen”).

A record number of 49 non-Anglo creatives were recognized in the acting and reality competition categories. While many didn’t expect anyone to unseat Jason Sudeikis (“Ted Lasso”), Jean Smart (“Hacks”) and Gillian Anderson (“The Crown”), pundits were expecting a couple of actors to break through, such as any of the actors from “Hamilton” and Regé-Jean Page (“Bridgerton”).

As my former colleague Karen Peterson texted me during the telecast, “two awards shows in a row where recently departed Black men lost to white Brits who weren’t present,” referring to the late Michael K. Williams (“Lovecraft Country”), who lost supporting actor drama to Tobias Menzies (“The Crown”), and Chadwick Boseman’s loss at the Academy Awards after having been nominated for his performance in “Ma Rainey’s Black Bottom.” Kerry Washington presented the prize, but not before paying tribute to Williams, saying, “Michael was a brilliantly talented actor. Michael. I know you’re here; we would have missed it; you’re excellent excellence, your artistry will endure.”

Porter and Rodriguez were heavily favored to win lead actor and actress drama for “Pose,” but lost out to Josh O’Connor and Olivia Colman for “The Crown,” respectively, in a loss for people of color nominees and the LGBTQ community. Colman’s co-star Emma Corrin would have become the first openly nonbinary actor ever to win an acting category, but TV Academy voters had other plans. And Porter would have been the second Black man to ever win the category twice following Bill Cosby (“I Spy”).