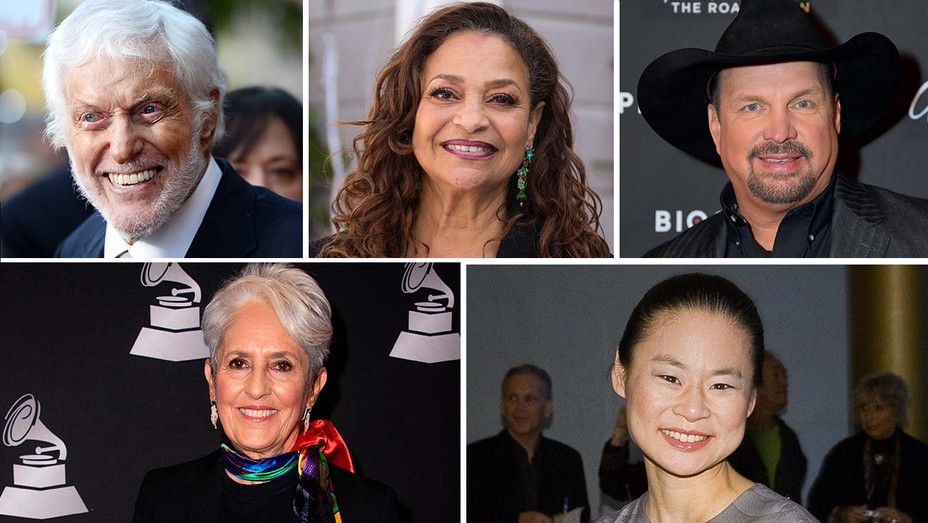 The Kennedy Center Honors announced Wednesday that choreographer and actress Debbie Allen, singer-songwriter Garth Brooks, actor Dick Van Dyke, singer-songwriter Joan Baez and violinist Midori will be the honored at this year’s ceremony, which was pushed to May from its traditional December date.

The Kennedy Center is planning for in-person medallion ceremonies with a limited audience for the week of May 17-22, alongside a slate of virtual events. The Center is also evaluating the viability of additional in-person events, depending on where things stand vis a vis the pandemic.

The 43rd Annual Kennedy Center Honors TV special will air on CBS June 6. CBS has broadcast the ceremony for all 43 years.

Typically the event is attended by the President of the United States and the First Lady with the recipients sitting in the President’s Box, though President Trump, breaking with norms, did not attend any year of his presidency.  Bill Clinton, George H.W.Bush and Jimmy Carter each missed one year of the awards during their administrations due to more pressing matters. The president has no say in who the recipients are.