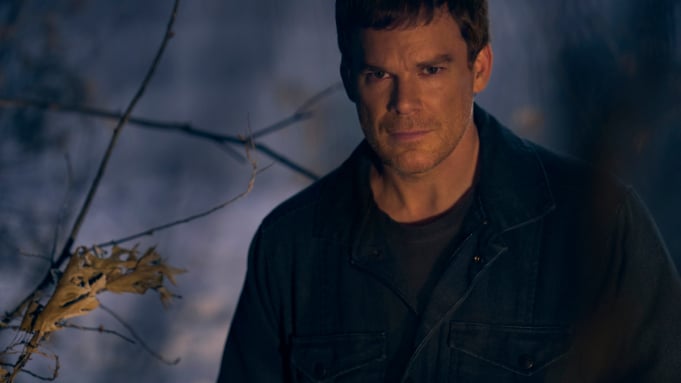 During the last eight years since Dexter Morgan faked his own death and went off the grid in Showtime’s serial killer drama, he has lived a “nomadic” existence according to star and executive producer Michael C. Hall. But when the continuation limited series, “Dexter: New Blood,” picks back up with him, he has settled down in the fictional small town of Iron Lake, N.Y. Only, he has settled down alone, having left his young son Harrison with his serial killer ex Hannah (Yvonne Strahovski).

Dexter is living in Iron Lake under the assumed name of James “Jim” Lindsay and dating the police chief, Angela (played by Julia Jones). He has also been able to keep his Dark Passenger at bay, trying to befriend a deer, which Hall said “represents some aspiration to goodness to purity — one that he wants to cultivate and wants to come closer and closer to,” as well him exercising and cultivating restraint.

“It’s methadone to the heroin of killing,” Hall explained. “His whole life when we meet him is one that is facilitated by is abstinence. The internal relationship and good graces that he enjoys with Deb, or has enjoyed, have everything to do with is abstinence. He’s in the state of protracted penance.”

But of course it won’t be long until his past catches up with him.

As showrunner Clyde Phillips revealed during the show’s Television Critics Assn. press tour panel on Aug. 24, since “you can’t do a show about Dexter’ without including the theme of fathers and sons,” they had to bring back his son, who is now a teenager and played by Jack Alcott.

“His son has always thought he was dead and then found out he was alive and has a great resentment,” Phillips explained. Dexter, therefore, “has a lot of work to do to win his son back and prove that he’s a good father.”

Additionally, his sister Debra (Jennifer Carpenter) plays heavily in the new season, despite her dying in the original series finale. Instead of Dexter talking to his adoptive father Harry (James Remar) in his mind, it is Deb he internally manifests and who, in turn, acts as a moral compass and stand-in for some of the audience.

“Deb’s character says later in a later episode, basically what Harry did could be considered child abuse,” Phillips said. “To take your son who you’ve rescued from being born in blood and who’s out killing dogs in the neighborhood and then channeling him to use his force for good and go out and kill bad people is not the healthiest psychiatric situation to be in. And I think Deb…represents a corner of Dexter’s mind that we all have in our own heads that says, ‘Well, wait a minute. If you do this, then here are the consequences and then you decide whether or not to do it whether or not to pursue it.’”

Carpenter sees this version of Debra that she is playing as an “echo or and inconvenient truth for Dexter.” That new take was what attracted her to come back to the show.

“I didn’t really feel like I wanted to go back vand fix a broken score,” Carpenter said. “I feel like Deb had a different ending than the show. So, I decided that my work was to go to the bottom of the ocean and collect her and see if she wanted to be a witness to watch an unmedicated, decoded, unpunished, unchecked serial killer experience himself.”