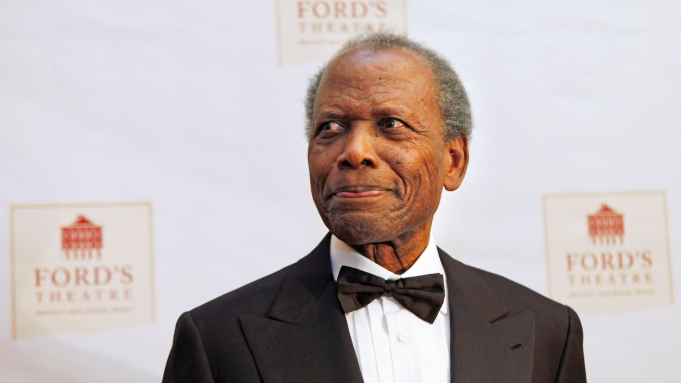 Hollywood is honoring the life and legacy of Sidney Poitier, whose death was announced on Friday. He was 94.

The noble actor used his decades-long career — and distinction as one of Hollywood’s earliest Black box office stars and a history-making Oscar winner — to break down barriers for fellow Black Hollywood talents. The multihyphenate, who arrived in Hollywood in his early 20s, appeared in more than 40 films and was at one point considered American’s most recognizable Black actor, frequently turned down projects due to their racist stereotypes and cliches during a time when roles for Black performers were limited.

Poitier would become the first Black man to win an Academy Award for best actor for his role in 1963’s Lilies of the Field, after an earlier best actor nomination and a first for a non-white actor, in 1958’s The Defiant Ones. Poitier helped launch First Artists, spent years as a writer and director after getting an early start on Broadway and wrote an autobiography, This Life.

Following the news of Poitier’s passing, tributes and remembrances from various entertainers and performers, as well as those in sports, politics, activism and more, flooded social media to honor the late legend.

“For over 80 years, Sidney and I laughed, cried and made as much mischief as we could,” said actor and fellow Hollywood pioneer Harry Belafonte in a statement to The Hollywood Reporter. “He was truly my brother and partner in trying to make this world a little better. He certainly made mine a whole lot better.”

Denzel Washington told THR, “It was a privilege to call Sidney Poitier my friend. He was a gentle man and opened doors for all of us that had been closed for years. God bless him and his family.”

Don Cheadle said he was, “Gutted. Again. Lost another royal.” He then shared an anecdote in a statement to THR, “Sir Poitier had no peer, and we’ll never see his like again. He was the standard-bearer for generations of actors/directors who came after him. The last time I saw Sidney was at a golf course in LA. I saw him across the room and walked toward him with my hand out to shake his. Ignoring my hand, he opened both of his arms wide and embraced me warmly. Then he let me go and held me at arm’s length staring me in my eyes and said in his signature cadence, ‘I dig what you do, my man.’ I almost fainted. He told me to keep it up and keep representing us. I told him I would do my best and that he was irreplaceable. We were so blessed to have him for as long as we did, and he will be sorely and surely missed.”

While Robert Redford added in a statement, “Sidney was not just a great actor, he was a civil rights giant and a dedicated humanitarian. We developed a friendship when we worked together. I appreciated his kindness, elegance and his sense of humor.”