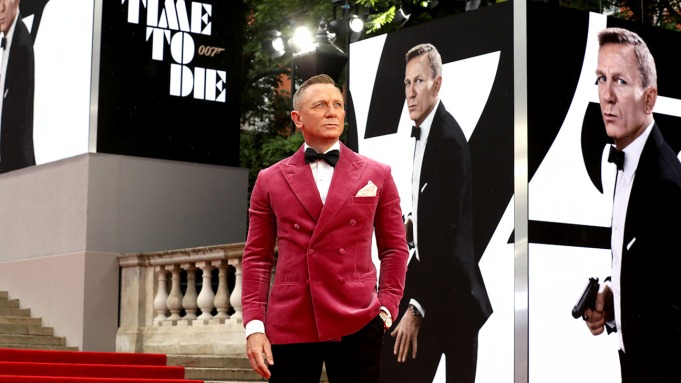 After much fanfare, a change in director, a rewrite, several well-documented release delays and a major global pandemic, the world premiere for the 25th James Bond film kicked off at London’s famed Royal Albert Hall, just shy of six years since the last 007 installment, Spectre, was given the same treatment.

“This is amazing,” Daniel Craig said on the red carpet stage for his final Bond outing. “I really genuinely didn’t think we’d get here but we are. … I can’t wait to celebrate with everybody.”

“I’m very proud of it,” Craig said about the 25th Bond film. “We don’t make it for ourselves, we make it for people to see in the cinema and we’re going to watch it on a huge screen this evening which is exactly where Bond movies should be.”

Adding a decent splash of royalty to the A-list mix was Prince William, Kate Middleton, Prince Charles and Camilla Parker-Bowles among the guests, alongside the top brass of MGM, Universal and Eon Productions, including Bond gatekeepers Barbara Broccoli and Michael G. Wilson.

Tuesday’s world premiere — the biggest film premiere in the U.K. in several years and, definitely, since the start of the coronavirus pandemic — required all guests to show negative COVID-19 tests before entering the venue and were “strongly encouraged” to wear masks throughout, per the official invite.

When asked about her Bond experience, Lynch said when she auditioned for her character Nomi, she initially didn’t know it was for a Bond role. “When I learned that she was a 00 agent and that she had agency in her voice and what we want to see on screen as Black women, I thought, ‘I am so glad I get to read this script,’” she recalled. “I am so glad this is me and I get to have these conversations with people who will carry the franchise into a new era.”