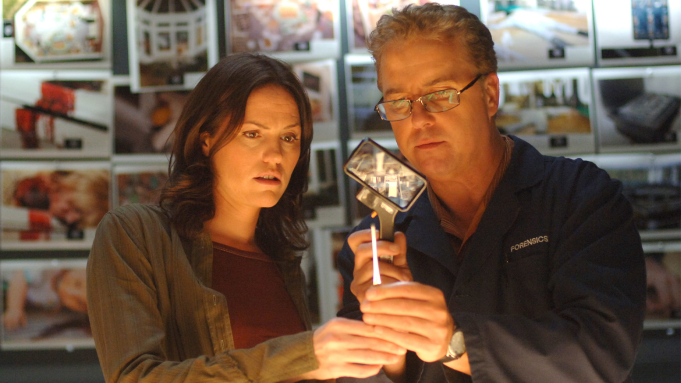 CBS is bringing back the crew from freshman drama “CSI: Vegas” for a second season — but without William Petersen in the cast.

CBS’s renewal of the crime investigation procedural, a sequel to the network’s longrunning hit “CSI: Crime Scene Investigation,” comes a week after the Season 1 finale aired on Dec. 8. Season 2 of “CSI: Vegas” is slated to air during the 2022-23 broadcast season.

Petersen, who reprised his role as Gil Grissom from the original “CSI,” will not be on Season 2 of “CSI: Vegas”; he had previously agreed to appear only in the initial 10-episode limited series. However, Petersen will continue to serve as an executive producer for S2. Jorja Fox, who similarly appeared in “CSI: Vegas” in the role of Sara Sidle from the original show, is not confirmed for Season 2 at this point.

“CSI: Vegas” opened a new chapter for the franchise in Sin City — where it all began. Facing an existential threat that could bring down the entire Crime Lab and release thousands of convicted killers back onto the streets of Las Vegas, a new team of investigators led by Maxine Roby (Paula Newsome) has enlisted the help of old friends Grissom (Petersen) and Sidle (Fox), to investigate a case centered around former colleague David Hodges (Wallace Langham). The first season also starred Matt Lauria, Mandeep Dhillon and Mel Rodriguez.

Through its first nine episodes (as of Dec. 1), “CSI: Vegas” viewership rose 84%, escalating from 3.71 million to 6.81 million with seven-day playback. Per CBS, that’s the highest playback among all new TV dramas this season. The show aired in the 10 p.m. slot on Wednesdays this fall. All episodes of “CSI: Vegas” Season 1 are now available on Paramount Plus, ViacomCBS’s subscription streaming outlet.

“The incredibly talented ‘CSI: Vegas’ creative team and cast did a superb job this first season, brilliantly updating and portraying the CSI universe with fresh stories and a new crime lab, proving that after 20 years, the CSI fan base is still hungry for more and ready to embrace a new chapter in this illustrious franchise,” commented Amy Reisenbach, EVP, current programs, CBS.