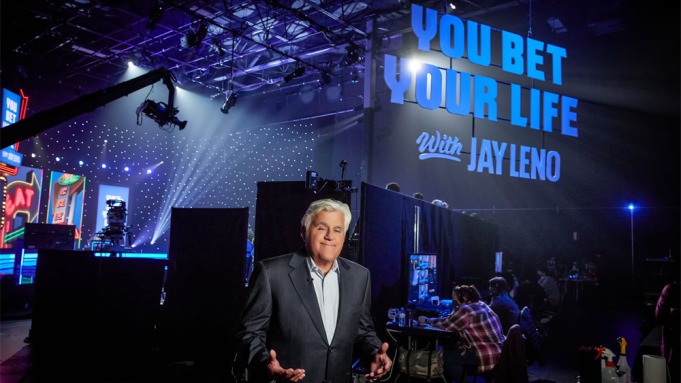 The first-year show will continue on Fox-owned stations through the 2022-23 season. Other series extended for another year include 25 Words or Less, a game show hosted by Meredith Vieira, as well as Dish Nation and Divorce Court.

Especially since it became a smaller, TV-focused company in 2019 after selling most of predecessor company 21st Century Fox to Disney, Fox Corp. has relied on its station group. With 29 stations and a presence in nine of the top 10 U.S. markets, the portfolio is a reliable revenue generator.

“Fox First Run’s main priority is to focus always on our audience first, by allowing them to appear, contribute, play and win,” said Stephen Brown, EVP of Programming for Fox Television Stations. “All of our programming, both present and in development, has two key elements–extensive interactivity and pure entertainment.”

With Leno stepping into the host role occupied by Groucho Marx decades ago, You Bet Your Life debuted last September. It is Leno’s first daily TV show since he ended his run on The Tonight Show in 2009. Kevin Eubanks, who led the Tonight Show band, co-hosts with Leno. According to Fox, the show is the youngest syndicated game show, with the highest concentration of key demos in the category.

You Bet Your Life is cleared in all of the top 100 markets, as well as in Canada. In most markets, it runs in early fringe and access time periods between 5 p.m. and 8 p.m., which is prime real estate. Tom Werner is the show’s executive producer. David Hurwitz is also executive producer as well as showrunner.

Vieira is executive producer of 25 Words or Less, which had a summer test in 2018 before debuting in syndication in fall 2019. The half-hour game show is cleared in 98% of the country. Along with Viera, executive producers include Lisa Kudrow, Dan Bucatinsky, Mary McCormack, Michael Morris, showrunner Michael Canter and Bruce Sterten.

Dish Nation went on the air 10 years ago and the comedy/entertainment news program is now cleared in 85% of the country. The show uses teams of on-air talent in different cities, among them Sherri Shepherd.