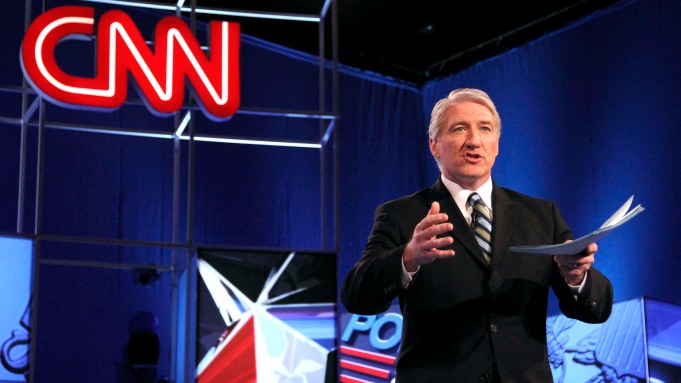 CNN’s John King revealed on Tuesday that he has multiple sclerosis during a segment of Inside Politics in which the discussion turned to Covid-19 vaccine mandates.

“I’m going to share a secret I have never spoken before. I am immunocompromised,” King said. “I have multiple sclerosis. So I am grateful you are all vaccinated. I am grateful my employer says all of these amazing people who work on the floor, who came in here in the last 18 months when we are doing this, are vaccinated now that we have vaccines. I worry about bringing it home to my 10-year-old son who can’t get a vaccine. I don’t like the government telling me what to do. I don’t like my boss telling me what to do. In this case, it’s important.”

The discussion was triggered in part by the death of former Secretary of State Colin Powell of complications from Covid. He had been vaccinated, but also had a form of blood cancer, multiple mylenoma, that made him vulnerable. In addition, Powell was 84. Age increases the likelihood of a Covid-related death, according to the CDC. The former Secretary of State also had Parkinson’s which, while it does not increase the risk of getting Covid, “does make it harder for you to recover if you contract it,” according to the nonprofit Parkinson’s Foundation. Some right wing media figures cited Powell’s death in making the case that the vaccines are not effective.

King said during the segment, “Now and then something big comes along, forgive me Fox News, is what makes America exceptional is when we all set down our personal preferences for the good of the team. The good of the team here is to come together and not spread that.”

On Monday night, Fox News’ Tucker Carlson led his show with Powell’s death and said that it showed that Americans have been “lied to” about the effectiveness of vaccines. At the end of his show, Carlson did say that he “left out that Powell was suffering from a number of different health problems.