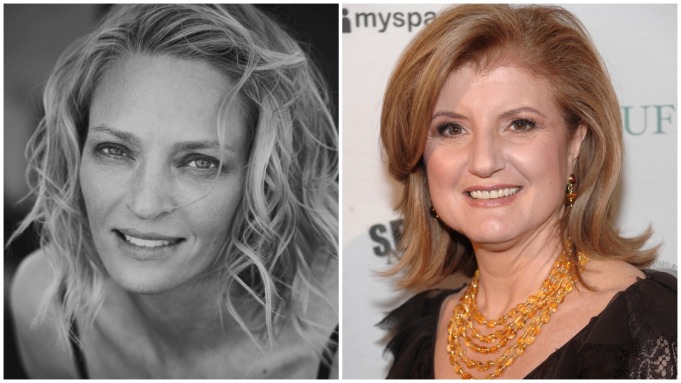 Uma Thurman has been cast as Arianna Huffington in the Showtime series “Super Pumped,” which charts the rise of Uber, Variety has learned exclusively.

Planned as an anthology, the first season of “Super Pumped” is based on Mike Isaac’s book of the same name. Pivoting on Uber CEO and co-founder Travis Kalanick (Joseph Gordon-Levitt) and his sometimes tumultuous relationship with his mentor Bill Gurley (Kyle Chandler), the series will depict the roller-coaster ride of the upstart transportation company, embodying the highs and lows of Silicon Valley. The series will focus on a different major business world story each season.

Huffington is a business woman and co-founder of The Huffington Post who was an Uber board member. Along with Thurman, Gordon-Levitt, and Chandler, the cast of the series also includes Elisabeth Shue, Kerry Bishé, Jon Bass, Bridget Gao Hollitt, and Babak Tafti.

“We’ve been eager to work with Uma Thurman for a long time, and we’re thrilled to have found the perfect role for her in Arianna Huffington – a role to which Uma will lend her innate complexity, intelligence and magnetism,” said Amy Israel, executive vice president of scripted programming for Showtime. “Uma, Joseph, Kyle and our incredible ensemble will undoubtedly bring this propulsive, culture defining and wildly entertaining story of ‘Super Pumped’ to life. We can’t wait for the world to see it.”

This will mark Thurman’s latest TV role in recent years. She most recently appeared in the Netflix series “Chambers” and previously held roles in the shows “The Slap” and “Imposters.” She also received an Emmy nomination in 2012 for her guest role on the NBC series “Smash.” She is next set to star in the thriller series “Suspicion” for Apple. She is primarily known for her films, having been nominated for an Oscar for best supporting actress for her role in Quentin Tarantino’s “Pulp Fiction.” She would reteam with Tarantino on “Kill Bill Vols. 1 & 2,” both of which earned her Golden Globe nominations. She won a Golden Globe in 2003 for the HBO movie “Hysterical Blindness.”