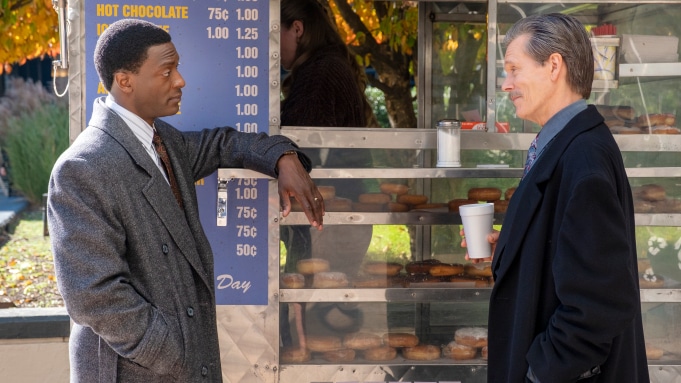 Showtime’s Boston crime drama City on a Hill is coming back for a third season.

The gritty drama, starring Kevin Bacon and Aldis Hodge, will return for another eight episode run with production set to resume in New York later this year for a 2022 premiere.

Tom Fontana returns as showrunner and exec producer. Chuck MacLean, who created the show, based on an original idea by Ben Affleck, will remain as an exec producer on the series but will not return as a writer for season three after becoming the subject of an internal investigation over alleged misconduct.

Season 2 of City on a Hill centered on a federal housing project in the Roxbury neighborhood of Boston plagued with drug violence and a rightful distrust in local law enforcement. FBI agent Jackie Rohr, played by Bacon, works to exploit Boston’s defective criminal justice system in a desperate attempt to salvage his own career. Unfortunately for Jackie, assistant district attorney Decourcy Ward, played by Hodge, is onto his adversary’s latest misstep. In time, the personal antagonism between these two escalates to an all-out war between the offices of the U.S. Attorney and the Suffolk DA. No one is safe from the collateral damage.  At the conclusion of Season 2, Decourcy pursues justice in and out of the courtroom and despite his maneuvering, Jackie discovers that he can’t escape his past and gets ousted from the FBI.