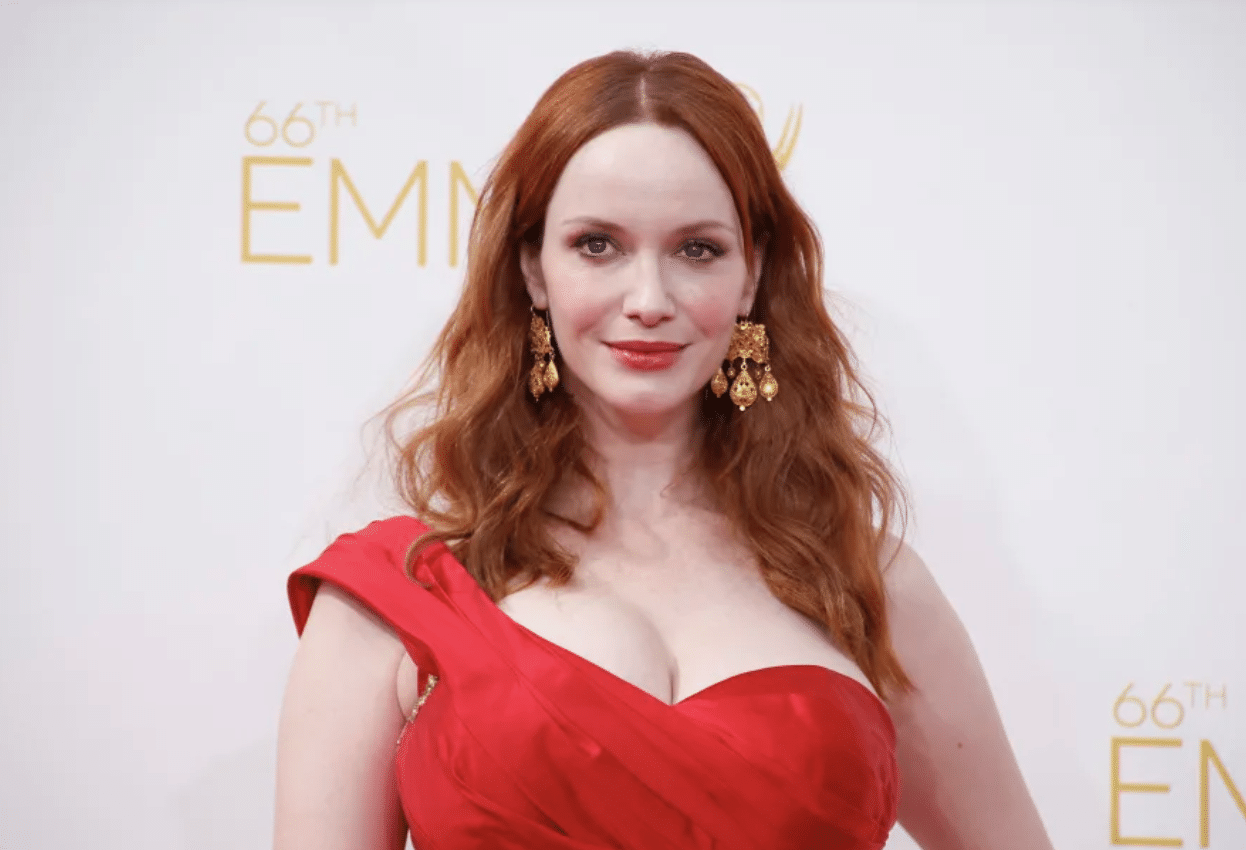 Christina Hendricks has fond memories of her time on Mad Men, but not necessarily about some of the media coverage of the show’s female stars. In an interview with The Guardian, the 46-year-old actress recalled the sexism she experienced in the press.

“There certainly was a time when we were very critically acclaimed, and getting a lot of attention for our very good work and our very hard work, and everyone just wanted to ask me about my bra again,” she explained. “There are only two sentences to say about a bra.”

Hendricks, who played feisty secretary Joan Harris from 2007 to 2015, remembered how the men of the award-winning AMC show were the only ones talked about early on.

“Men started dressing like Don Draper and Roger Sterling. Suits came back in, skinny ties came back in. It took three to four seasons and then all of a sudden people wanted us [the female stars] on magazines,” she said. “We were like: ‘This is strange – we’ve been doing this for a while.'”

For years, Hendricks was constantly asked about her breasts when she ultimately did interviews. While she acknowledged sexism in that regard, she was defensive of the entertainment industry when the topic shifted to sexual harassment. Mad Men creator Matthew Weiner was among the men called out in 2017 amid the #MeToo movement and was accused of fostering a toxic environment; however Hendricks said that was not her experience.

“My relationship with Matt was in no way toxic,” she said. “I don’t discount anyone’s experience if I wasn’t there to see it, but that wasn’t my experience. Was he a perfectionist, was he tough, did he expect a lot? Yes. And he would say that in a second. We were hard on each other.”

“Boy, do you think anyone in the entertainment industry comes out unscathed and not objectified? I don’t know one musician or one model or one actor who has escaped that. I have had moments — not on Mad Men; on other things — where people have tried to take advantage of me, use my body in a way I wasn’t comfortable with, persuade me or coerce me or professionally shame me: ‘If you took your work seriously, you would do this …'”

But the actress thinks that’s an issue across many industries.