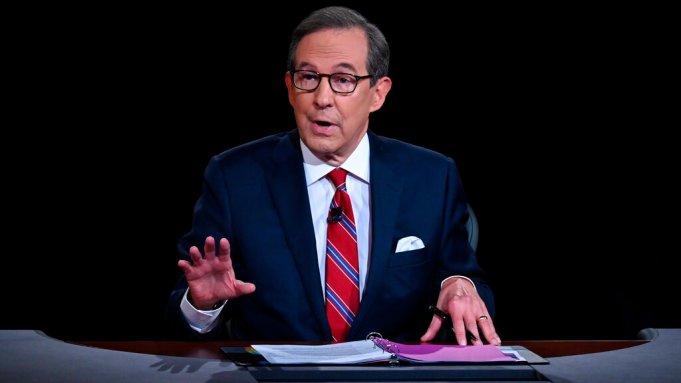 Chris Wallace is leaving Fox News Channel, he announced on his program Sunday morning, and will join the CNN Plus streaming-video outlet, a move that abruptly sunders the cable-news outlet’s connection with one of its most recognized and independent journalists.

Wallace delivered the news himself, in the last minutes of his “Fox News Sunday,” which he has anchored for nearly two decades on the Fox Corporation-owned outlet.  “I want to try something new, to go beyond politics to all the things I’m interested in. I’m ready for a new adventure. And I hope you’ll check it out,” said Wallace. The words will be the last he utters on the program.

CNN confirmed Wallace’s jump less than two hours after Wallace announced his departure, and said he would lead a daily show during which he would interview newsmakers from the worlds of politics, business, sports and culture.  Fox News last announced a contract extension for Wallace in 2017, and his current agreement with Fox News is believed to have come to an end.

Fox News Channel is expected to staff “Sunday,” which has been an integral part of its programing since 1996, when it was launched with moderator Tony Snow, with a rotation of hosts. Bret Baier, John Roberts, Shannon Bream, Martha MacCallum, Jennifer Griffin, Neil Cavuto, Dana Perino and Bill Hemmer are among the network’s news staffers who are likely to take the Sunday seat in weeks to come, according to a person familiar with the matter. “We are extremely proud of our journalism and the stellar team that Chris Wallace was a part of for 18 years. The legacy of ‘Fox News Sunday’ will continue with our star journalists, many of whom will rotate in the position until a permanent host is named,” the network said in a statement.

Among Fox News’ pantheon of on-air personalities, Wallace cut a different figure. He didn’t push a particular partisan side, but instead burnished a reputation for challenging authority. “People know that I’m going to ask probing questions and that it’s not going to be softball,” Wallace told Variety in 2019.

But he lent credibility to a network with opinion hosts who often generate controversy. Wallace is the first employee in Fox News Channel’s 25 years of existence to get nominated for an Emmy, for his July 2018 meeting with Russian President Vladimir Putin. He was also the first Fox News anchor to moderate a general-election presidential debate, in 2016. He also moderated a debate between then-President Donald Trump and then-challenger Joe Biden before the 2020 election. The debate proved chaotic as the two candidates parried around Wallace’s efforts to keep order. Subsequently, President Trump revealed he had tested positive for coronavirus and Wallace and other Fox News Channel personnel were tested. Wallace tested negative.

CNN has been aggressively hiring for its soon-to-launch streaming effort, a new initiative that comes after many of its rivals have already entered the broadband market. Fox News debuted the subscription-based Fox Nation in 2018, and has since that time launched separate streaming hubs aimed at overseas customers and weather aficionados. NBCUniversal, which backs MSNBC, has also set up a portfolio of streaming products, including bespoke efforts around its “Today” morning franchise; a general-news service, NBC News Now; and a progressive-news outlet, The Choice, that is affiliated with MSNBC.