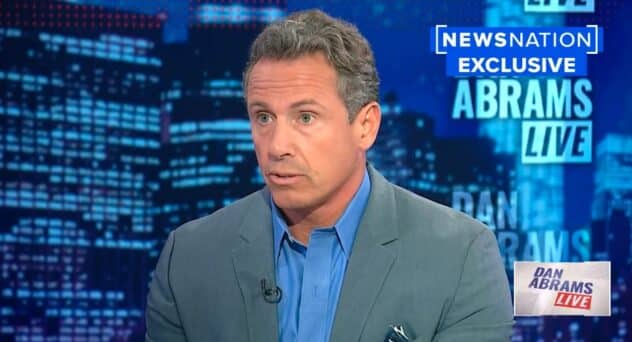 Andrew resigned after the New York attorney general issued a report stating he engaged in sexual misconduct with at least 11 women.

The former governor denied the allegations, stating, “I want you to know directly from me that I never touched anyone inappropriately or made inappropriate sexual advances.”

While he was at CNN, Chris participated in strategy sessions with members of his brother’s inner circle on how to publicly handle the allegations that had piled up, prompting the attorney general’s investigation.

That probe revealed the extent to which Chris was assisting his brother and when its findings were released, CNN suspended the anchor indefinitely, before ultimately firing him after the network said “additional information” about the matter arose.

The AG probe indicated that Cuomo tried to use journalistic resources in an apparent effort to gather information on coverage about his brother.

“Let’s start with the issue of, ‘I’ve never made calls to the press about my brother’s situation,’” said Abrams, who is the founder of Mediaite. “You did, right?”

“No,” Cuomo replied. “I never contacted any media who were covering my brother to try to affect their coverage. I talk to people in the media all the time.”