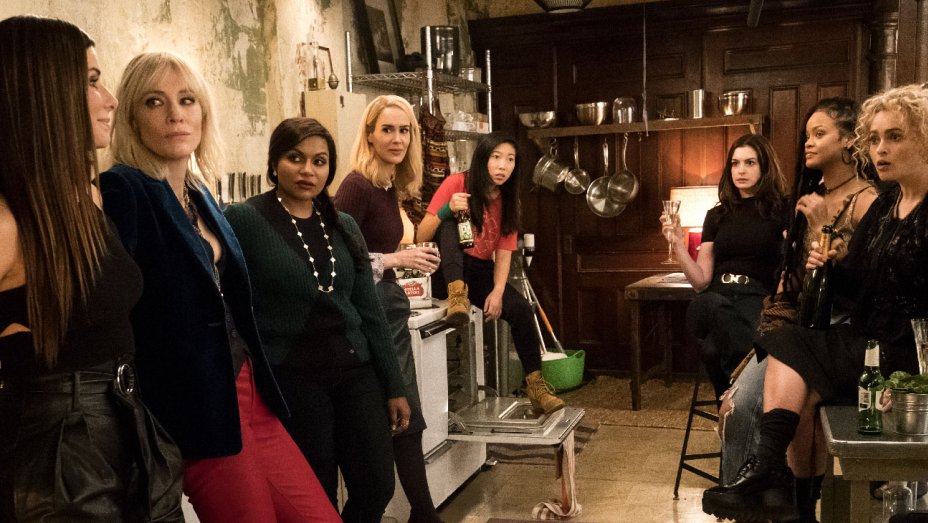 The star-studded, female-fronted Ocean’s 8 should have no trouble winning this weekend’s box-office crown with a domestic debut in the $35 million-$40 million range, toppling holdover Solo: A Star Wars Story.

From Warner Bros. and Village Roadshow, Ocean’s 8 is a spinoff of the Ocean’s Eleven film series and is among a slew of gender-swapping reboots and remakes being plotted by Hollywood studios. The pic is the biggest title on Warners’ summer slate, with the studio saving its big tentpoles for the fall and winter.

Bullock plays Debbie Ocean, the estranged sister of Danny Ocean, who was portrayed by George Clooney in the trio of Ocean’s movies directed by Steven Soderbergh but does not appear in this film. The story follows the familiar Ocean’s formula, with Debbie getting released from prison and then assembling a female-led gang of criminal specialists who plot to rob the Met Gala in New York.

Ocean’s 8 opens 11 years after Ocean’s Thirteen hit the big screen. The last film in Soderbergh’s series opened to $36.1 million domestically in June 2007. By comparison, Ocean’s Twelve debuted to $39.2 million in December 2004, while Ocean’s Eleven launched to $38.1 million in December 2001. Adjusted for inflation, those figures rise to $48.1 million, $57.7 million and $61.7 million, respectively.

It also launches a decade after Warner Bros. made box-office history in May 2008 when the film adaptation of HBO’s Sex and the City galvanized female moviegoers, opening to a record-breaking $57 million, the top launch ever for an R-rated film at the time, as well as, most significantly, a film with a mostly female cast.

Richard Armitage, James Corden and Dakota Fanning round out the cast of Ocean’s 8, along with a slew of actors and celebrities making cameos.