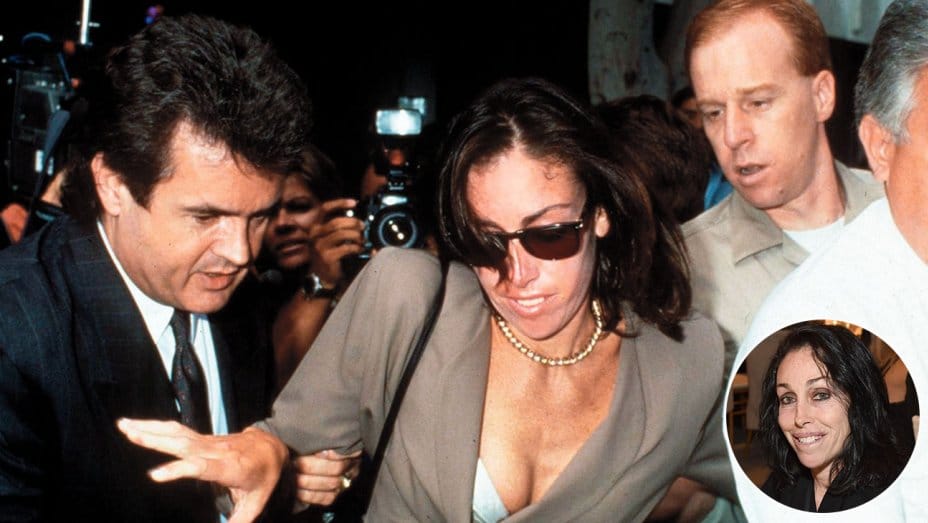 It’s hard to believe it took until 1993 for someone to earn the nickname “The Hollywood Madam.” That honor went to Heidi Fleiss, one of six children born to Paul Fleiss, a popular Los Feliz pediatrician. In 1987 and at age 22, Heidi was taken under the wing of Madam Alex, a procuress to the stars, to whom Fleiss was introduced by her filmmaker boyfriend. She first worked as one of Alex’s call girls but quickly absorbed the business and launched her own prostitution service in 1990. With a knack for recruiting high-end talent, Fleiss by 1991 had amassed a stable of 500 girls — the look was “clean-cut and perfect, [like] she was born and raised in Beverly Hills,” she once explained — who charged clients about $1,500 a night ($2,800 today), of which Fleiss took 40 percent. Soon she was clearing $300,000 a week ($560,000 now) as she kept an A-list roster of celebrities and Hollywood executives very satisfied. Her infamous “black book,” which contained the names of her famous clients, was actually a 28-page red Gucci planner.

The party did not last long: On June 9, 1993, Fleiss was arrested and charged with five counts of pandering. “The other players like Madam Alex were all working with the LAPD, giving lists of their clients on a weekly basis,” says Nick Broomfield, director of the 1995 doc Heidi Fleiss: Hollywood Madam. “Heidi wouldn’t play the game. She broke all the rules. She kind of did it for fun, which was why she was so successful.” The case went to trial, where Charlie Sheen testified he’d spent $53,000 a year on Fleiss’ services. A jury convicted her on three counts, for which she received a three-year sentence. That conviction was overturned in 1996, but a federal tax-evasion case the next year led to a 20-month stint in prison in Dublin, California.

Today, the 52-year-old Fleiss lives with dozens of exotic birds on the outskirts of Pahrump, Nevada. She spoke to The Hollywood Reporter about her lasting place in show business infamy.