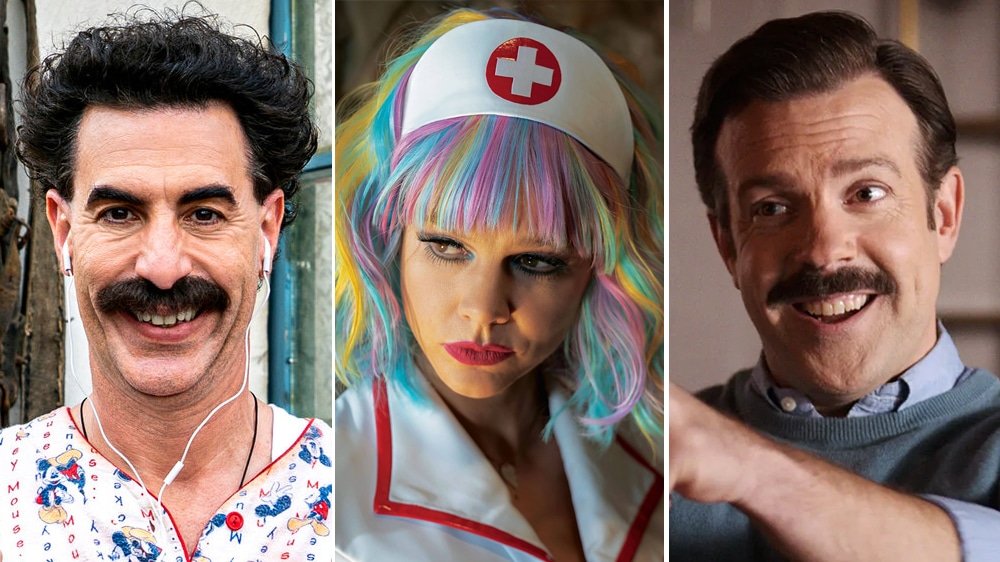 Kal Penn hosted the virtual presentation that cemented “Borat” and “Promising Young Woman” as among the frontrunners for Oscar screenplay wins next month.

Fennell is on a white-hot streak as a writer, director and actor known for her role as Camilla Parker-Bowles on “The Crown,” which won the trophy for drama series. She made a point of noting the importance of the WGA to her career.

Baron Cohen made a joke about most of the WGA’s membership having worked on his movie, which credits no less than nine writers for the script and story. The “unpredictable” nature of Baron Cohen’s improvisational milieu makes writing complicated, the auteur acknowledged — with a jab at one of the real-life figures who has a memorable scene in the film: “Rudolph Giuliani, who did everything we hoped for,” he said.

With its virtual format, the WGA kudos were shorter and more subdued than in years past. The WGA West and WGA East typically hold simultaneous ceremonies on both coasts, but this year the effort was consolidated. WGA West president David Goodman made a brief mention of the guild’s battle with Hollywood’s largest talent agencies and its success in bringing long-sought reforms to the rules that govern how agents represent guild members.