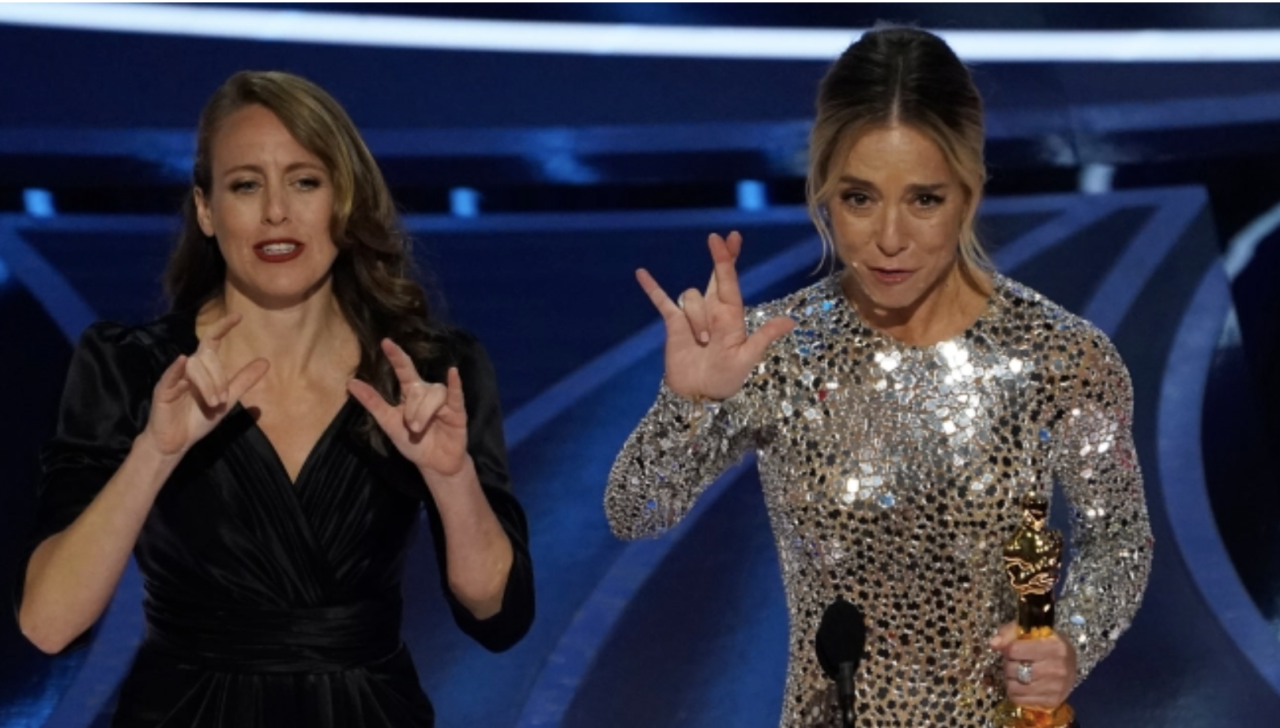 Apple made history by nabbing Hollywood’s most coveted honor, as “CODA” won the Oscar for best picture at Sunday’s Academy Awards.

Apple Original Films’ “CODA,” which has a predominantly Deaf cast, marks the first time a streaming service has won the best picture Oscar — with Apple TV Plus beating rival Netflix to the punch. “CODA” took the top prize over Netflix’s “The Power of the Dog” from director Jane Campion, which was the other leading contender in the category.

In addition, “CODA” star Troy Kotsur won the supporting actor trophy — the first time a Deaf male actor has landed an acting Oscar, and the second Deaf actor ever to do so after “CODA” co-star Marlee Matlin won for “Children of a Lesser God” in 1986. In the film’s third win of the night, “CODA” director Siân Heder won in the adapted screenplay category.

The three Oscars for “CODA” were Apple’s first ever. “CODA” also made history as the first Sundance Film Festival movie to take home the Oscars best picture prize. And it’s the first film to win best picture without having been nominated in the directing and editing categories.

Apple is estimated to have spent more than $10 million on the Oscars campaign for “CODA” — more than the movie’s sub-$10 million production budget.

In the film, Ruby Rossi (Emilia Jones) is a child of Deaf adults, or CODA — the only hearing member of her family. After she discovers a passion and talent for singing, Ruby is torn between her obligations to the family fishing business and pursuing her musical dreams. Kotsur and Matlin play her parents, and Daniel Durant co-stars as her brother, Leo.

Apple’s best-picture win for “CODA” at the 94th Academy Awards is obviously a major feather in the Silicon Valley giant’s cap, and CEO Tim Cook has avidly touted and tallied up the awards hauls for originals on Apple TV Plus. The Oscars accolades may incrementally lift Apple TV Plus subscriber numbers, but a more significant halo effect for Apple is the added clout it can leverage in competing for deals with talent and production partners.

Overall, Netflix — which has spent millions of dollars heavily campaigning for its awards hopefuls — picked up just one Oscar: Campion’s win for directing “The Power of the Dog.” That was after Netflix led the field again with 27 nominations, including 12 for “Power of the Dog” and four for Adam McKay’s “Don’t Look Up.” Apple won the three trophies after six nominations total (three for “CODA” and three for Joel Coen’s “The Tragedy of Macbeth”).

Apple acquired the rights to “CODA” for $25 million after a bidding war following its premiere at Sundance last year. The film, produced by Vendôme Pictures and Pathé, premiered on Apple TV Plus in August.