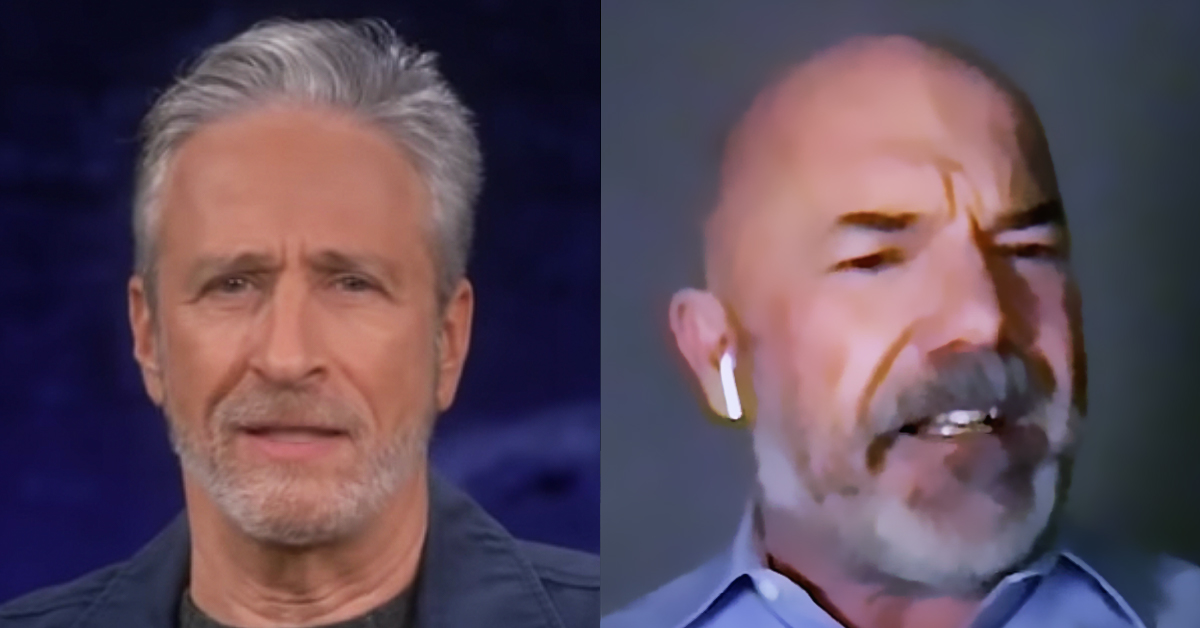 Andrew Sullivan slammed Jon Stewart on Friday after his appearance on the comedian’s show earlier in the week.

Sullivan appeared on the show with Stewart and two other guests, one of whom was a woman named Lisa Bond. Bond is a “Resident White Woman” at a group called Race2Dinner, which – and this is real – dines at the homes of White women who pay the group to tell them how racist they are.

The show went predictably sideways after Sullivan made the obvious point that he is not responsible for bad stuff other White people do, especially those who were alive before he was born:

BOND: You know, because quite honestly if White men were going to do something about racism, you had 400 years. You coulda done it.

SULLIVAN: I am not responsible for anyone before me.

BOND: The point is I am so tired of just engaging in this conversation and this deep hurt that Andrew has about talking about racism…. All of us White people do this.

Bond also said she wasn’t there to “argue with another White man.”

Stewart sided with Bond and said Sullivan was “doing a pretty good job” of at least appearing to be racist.

In a Substack post published Friday, Sullivan said he’d been “ambushed” because a booker for The Problem with Jon Stewart told him he’d be the only person on the show. He also reiterated his position on show’s subject matter.

Sullivan stated a booker called him to ask if he wanted to appear on the show to talk about race:

“Why would I go on a show just to be called a racist?” “No, no, no,” she replied. “Nothing like that would happen. This is not a debate. It’s just you talking one-on-one with Jon, and he’d never do that.” I said I’d think about it — especially since they seemed desperate with just 24 hours till taping — and later I called to say sure, if it’s just Jon. “I trust him to be fair.” I hadn’t had time to read the email invites, so I trusted the booker’s word.

He explained that right before his remote appearance (the other guests were in studio in front of a live audience) he learned that there were indeed other guests. Sullivan said the booker gave him an opportunity to duck out, but he decided not to.

“But I didn’t want to leave them in the lurch, reassured myself that Stewart was a pro, and said I’d go ahead,” Sullivan wrote. “I just assumed he wouldn’t demonize or curse at a guest; he would moderate; he would entertain counter-arguments; he would defend fair play.”

Sullivan said his assessment turned out to be wrong.

“On the race question, Stewart has decided to go way past even Robin DiAngelo, in his passionate anti-whiteness,” he said, referring to the fringe self-anointed race expert. “His opening monologue was intoned at times in a somber tone, as if he were delivering hard truths that only bigots could disagree with.”