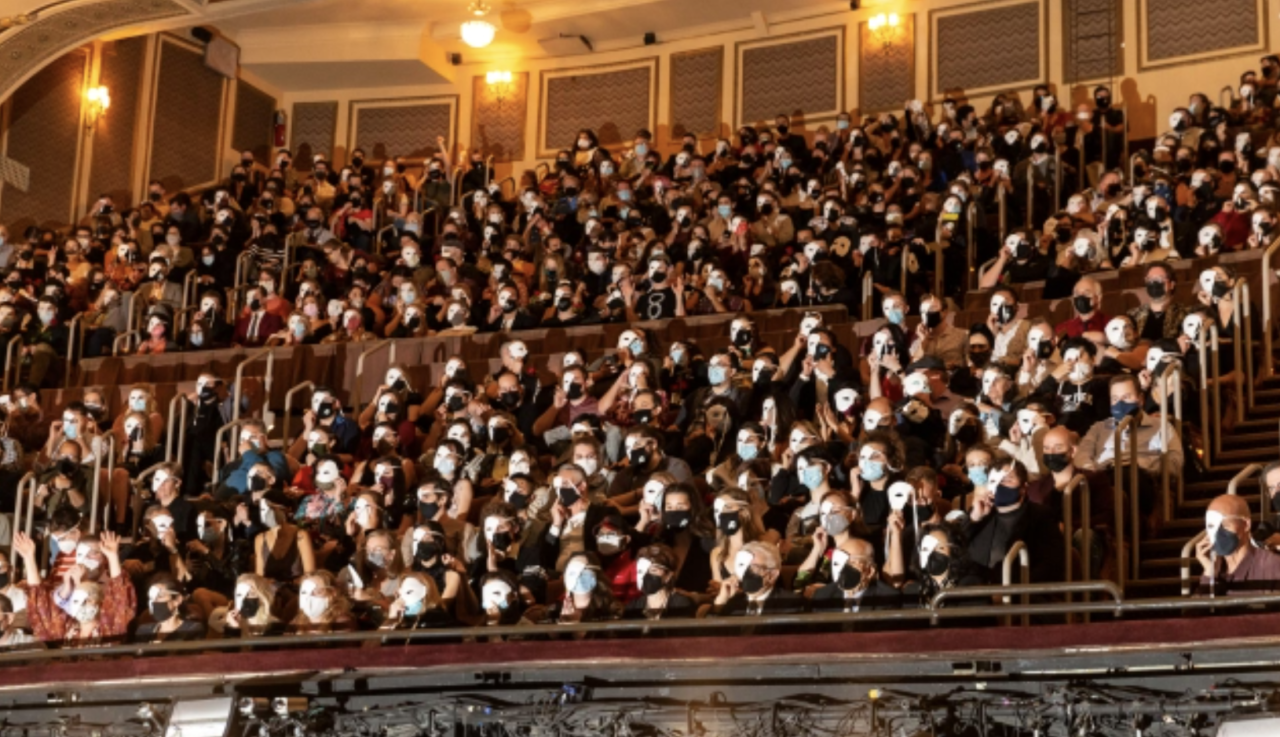 Broadway will maintain its mask and vaccine requirements through April 30, the Broadway League announced today.

The organization, which represents the owners and operators of the 41 Broadway venues, will meet again on April 15 to determine whether to continue Broadway’s Covid protocols after April 30.

The April 30 date coincides with the end of the current 2021-22 Broadway season. The League announced in February that the mask mandate would continue until April 30, but said at the time that owners and producers would revisit the policy on April 1 for possible revision.

Broadway theaters require vaccinations for audience members, as well as performers, backstage crew, and theater staff, with masks required for audiences inside theaters except while actively eating or drinking in designated locations.

The decision to maintain current protocols comes as New York City is experiences an uptick in Covid cases. Earlier today, New York City Mayor Eric Adams announced that the city will not drop a mask mandate for children under 5 years old in school and day care settings due to the uptick. That mandate was originally scheduled to be dropped this Monday.

The Broadway protocols, the League said in its announcement today, are in place “to ensure the well-being and safety of the audience, cast, and crew, who all make it possible for Broadway to remain open.”