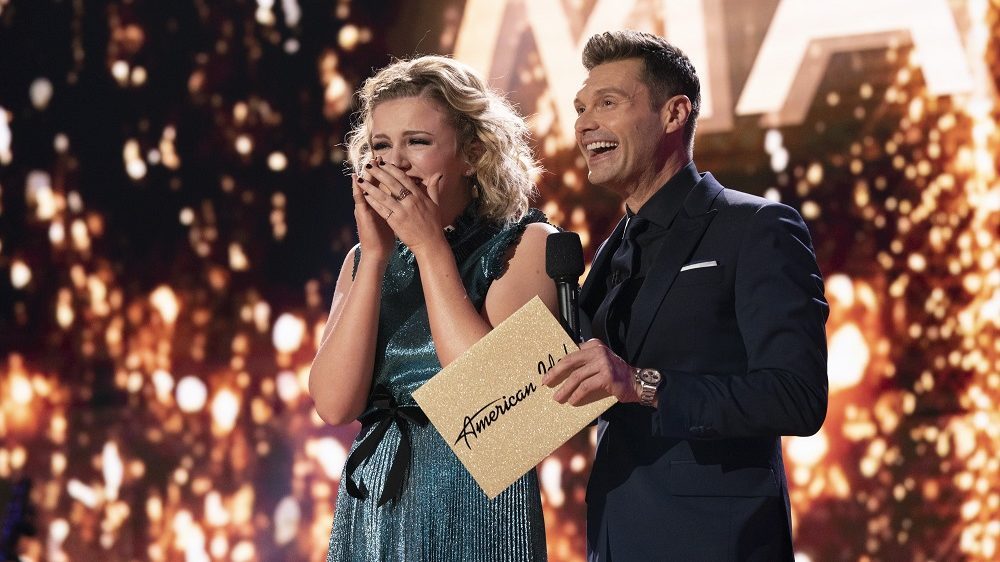 Part two of the finale included performances some top-shelf artists. The night kicked off with judge Lionel Richie joined by the top ten Idols, performing his song “All Night Long,” followed by acts from Patti Labelle who sang a duet of her eponymous group’s hit “Lady Marmalade” with former contestant Ada Vox. There were also performances by fellow judges Katy Perry and Luke Bryan, along with Nick Jonas, Leann Rimes, Bebe Rexha, Gary Clark Jr., Darius Rucker, and Yolanda Adams.

Special performances included a guest spot from Jimmy Kimmel, as well as Kermit the Frog, who sang the 1979 song “Rainbow Connection” as a duet with Poppe.

The winner was in shock after the big announcement, “I don’t have many words to say I just, I feel so overwhelmed and I just can’t even believe, you know I felt like I was kind of an underdog for a while. I really did because my music is not mainstream, and so to know that I pulled this off just doing what I love and I didn’t have to change myself is pretty incredible. And the thing is I remember a year ago I was playing in a coffee shop for six people, and I just, I wanted to give up. I didn’t see this going anywhere and I was afraid, and just to know a year later if I could go back and tell myself, you’re the winner of ‘American Idol,’ I wouldn’t believe it,” she said.

Former contestants, including Poppe’s roommates on the show, Catie Turner and Jurnee, congratulated the winner.

“She did it, America came through and voted for the most deserving girl, ever. I’m so happy,” Turner said.

Jurnee agreed, “We were so happy, [Catie] was crying, we love [Maddie] so much we can’t even believe it.”

Poppe’s boyfriend and second place winner, Hutchinson, said he was surprised to make it as far as he did in the competition, “I absolutely was, I was shocked that I got into the top three. I think part of me just always kind of was ready to talk myself into like, ‘Okay I may not make it this far but I’ll be alright,’ and it was incredible. And being able to stand by her is like, the best.”