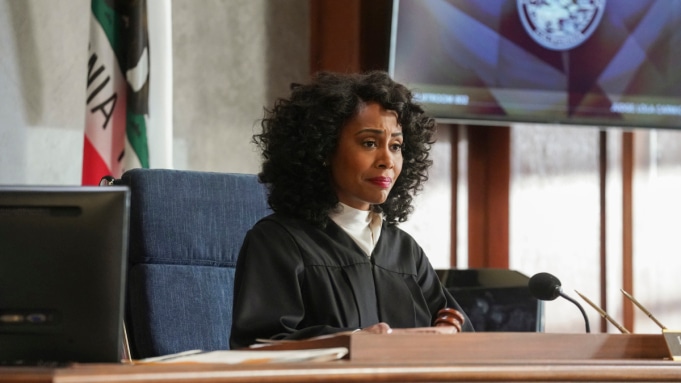 All Rise will not be returning to CBS for a third season.

CBS has canceled the Simone Missick-fronted legal drama. It comes after a number of behind issues on the show including the departure of creator and showrunner Greg Spottiswood.

It is one of two cancelations announced by the Eye today after The Unicorn was also axed. It follows a busy 24 hours for the network, ahead of its upfronts next week, which saw it plan to move SEAL Team and Clarice to Paramount+ for its upcoming seasons, pick up Sophia Bush pilot Good Sam and Pete Holmes comedy Smallwood to series and pass on pilots Ways & Means starring Patrick Dempsey, the Sarah Cooper/Cindy Chupack comedy and Welcome to Georgia.

All Rise followed the chaotic, hopeful and sometimes absurd lives of its judges, prosecutors and public defenders, as they work with bailiffs, clerks and cops to get justice for the people of Los Angeles amidst a flawed legal process.

Missick played Judge Lola Carmichael, a highly regarded and impressive deputy district attorney who doesn’t intend to sit back on the bench in her new role, but instead leans in, immediately pushing the boundaries and challenging the expectations of what a judge can be.

The series premiered on CBS in September 2019 and was renewed for a second season last May that debuted in November.