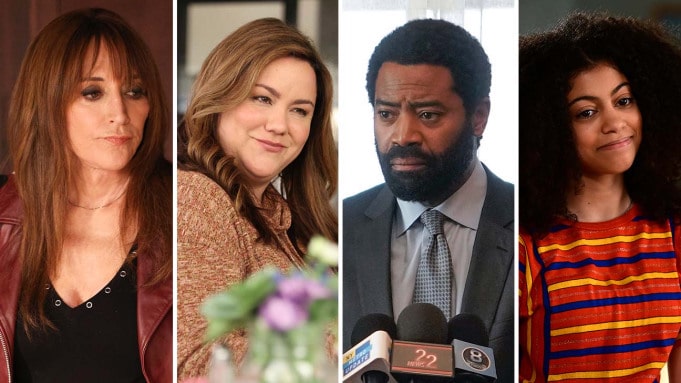 All four of ABC’s remaining bubble shows have been canceled as ABC has also passed on four of its remaining pilots.

On the pilot side, after handing out series orders to The Wonder Years, Queens, Abbott Elementary and Maggie, ABC has passed on Sam Esmail drama Acts of Crime and comedies Adopted (a holdover from 2020), Regina Hicks’ Black Don’t Crack and blue-collar half-hour Bucktown. Still remaining in contention are Dark Horse, Disney-themed Epic, Kevin Costner’s National Parks Investigation, Promised Land and Triage as ABC is expected to give more time to late-season pilot orders for a potential midse

ason green light. Of the passes, Acts of Crime is perhaps the more surprising. The unique spin on a crime procedural from Mr. Robot creator Sam Esmail was picked up by Erwich’s predecessor, Karey Burke, and was part of her push to bring more cable- and streaming-focused creators back to broadcast.

The news comes hours after Erwich and ABC renewed Black-ish (for its eighth and final season), The Conners, The Goldbergs, The Rookie and Home Economics for the forthcoming broadcast season. They join the previously renewed The Good Doctor, Grey’s Anatomy, Station 19 and Big Sky on the network’s schedule.

Of the four cancellations, it’s notable that ABC fully owned Mixed-ish and American Housewife, with For Life as well as Rebel from Sony TV. (The indie studio also saw the ax fall Friday on Call Your Mother, though it continues to have The Good Doctor and The Goldbergs on ABC’s schedule.)

The biggest surprise among Friday’s cancellations is the decision to ax Rebel, the Erin Brockovich-inspired drama that hailed from the network’s most important producer, Krista Vernoff. The Katey Sagal starrer was Vernoff’s first script to get a series pickup after 13 attempts, with the Grey’s Anatomy and Station 19 showrunner currently controlling ABC’s entire Thursday primetime lineup. Sources note the decision was a difficult one and was based on the show’s lackluster linear and digital ratings performance. Vernoff recently inked a rich new overall deal with Disney’s ABC Signature, for whom she’ll continue to develop and oversee both Grey’s and Station 19.

Black Reporter Speaks Out on Rejection by Golden Globes Group