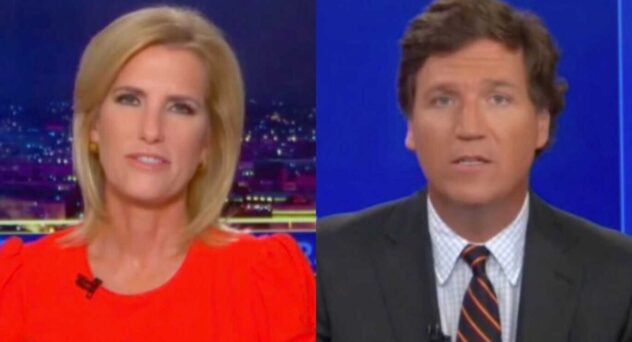 A full week has passed since the New York Times flagged a major new study showing that ivermectin does not work against Covid-19. Despite this, Fox News – a network that spent about a year trying to convince its viewers otherwise – has yet to report on this study, which debunks some of the most dangerous nonsense it has ever aired.

For starters, the Fox News primetime lineup led the charge in casting doubt on the safety and effectiveness of the Covid vaccine, even after it had been shown to be overwhelmingly effective in preventing hospitalization and death. Hosts regularly platformed a rotating roster of cranks like Alex Berenson, a.k.a, “The Pandemic’s Wrongest Man,” to tell people the vaccine is ineffective or even deadly, as he did in January.

Of course, simply telling viewers, “Vaccine bad” is only half the anti-vaxx propaganda battle. If you’re going to fearmonger about the best way to prevent people from dying from some malady, it helps to give them other “options.” And when experts point out how useless those options are, you get to accuse them of being part of the establishment trying to keep you ignorant of The Cures They Don’t Want You to Know About™.

For much of 2021 and early 2022, the most popular alleged Covid remedy of this kind was an anti-parasite drug called ivermectin. And nowhere was it featured more prominently in front of large audiences than the primetime lineup of Fox News. Hardly a night passed without one of its hosts interviewing some kook citing bogus studies feed garbage to the viewers.

Here are just a few examples of hosts and guests promoting the drug:

In January 2021, Laura Ingraham claimed a friend of hers took ivermectin after getting Covid and the friend’s condition improved.

In December, Ben Carson said ivermectin is effective against Covid.

Two weeks later, Tucker Carlson interviewed a psychiatrist who said ivermectin “could be a lifesaver” for Covid patients.