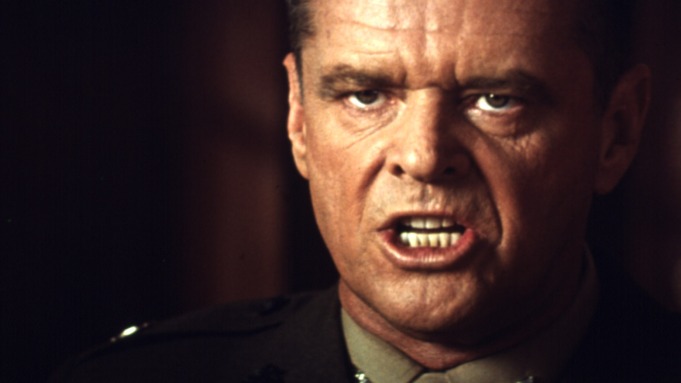 Greene’s personal Twitter account was permanently suspended over the weekend after she violated the streaming platform’s COVID misinformation rules for a fifth time. Twitter has a five-strike system in which it bans users after five violations. Greene was also suspended from Facebook for 24 hours on Jan. 3 for similar reasons.

Greene reacted to her social media bans by posting on the alternative social media platform GETTR that Twitter is “an enemy of the people and can’t handle the truth.” The line references Jack Nicholson’s iconic monologue in the Sorkin-penned “A Few Good Men.” When late night host Corden brought up Greene’s use of the line, Sorkin didn’t miss a beat in responding, “Yeah, she can go to hell.”

“I liked it a lot better when Burger King was using it in its billboards,” Sorkin added, referring to the period of time when the fast food chain used the “A Few Good Men” quote to advertise for its Whopper.

Sorkin is currently making the press rounds in support of his Amazon original drama “Being the Ricardos,” which stars Nicole Kidman as Lucille Ball and Javier Bardem as Desi Arnaz. Sorkin is nominated for best screenplay at the Golden Globe Awards and for best original screenplay at the Critics’ Choice Awards. The film is now streaming on Amazon Prime Video.