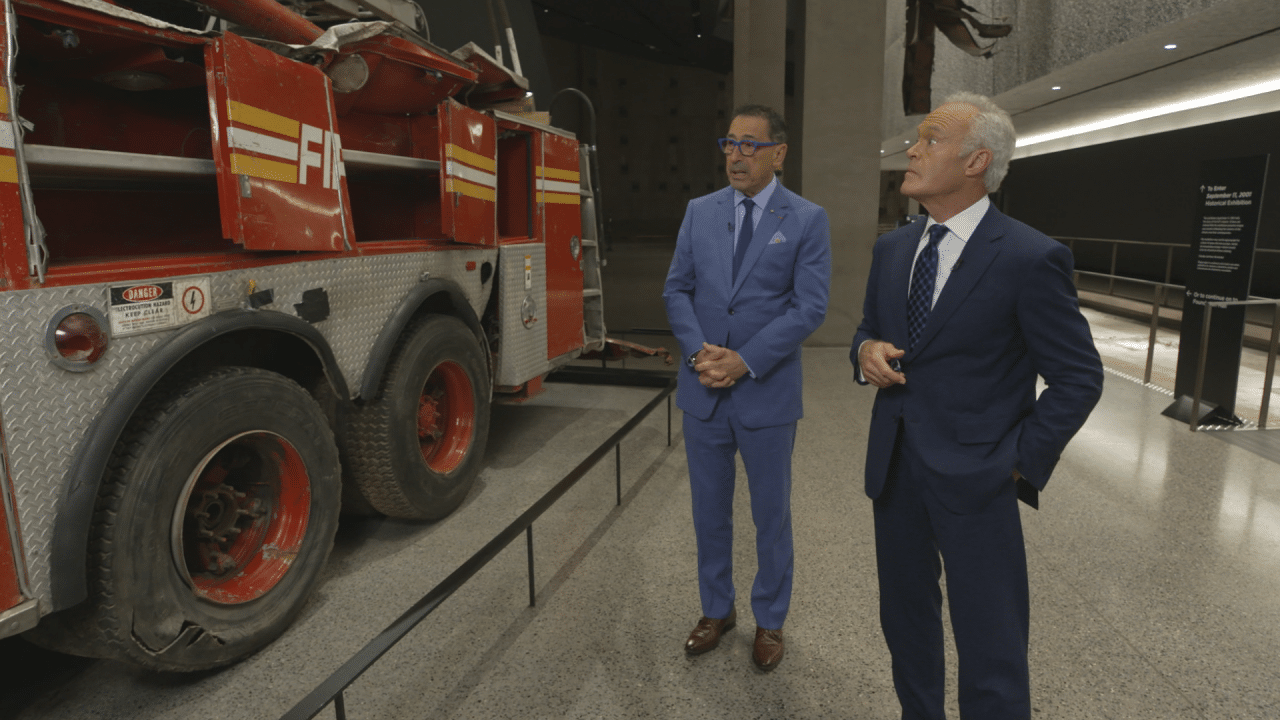 On Sunday, Scott Pelley gets a full hour to tell a story which has gripped him for 20 years.

In the season premiere of “60 Minutes,” the correspondent gives viewers a dramatic look at the firefighters who responded to the terrorist attack on the World Trade Center on 9/11, complete with actual recordings of emergency calls made during the horrific event. Pelley went through tapes of conversations made available by the Port Authority of New York and New Jersey and the Fire Department of New York and found what may be the only one available between a victim of the attacks in their last moments and a 911 operator. Most, he says, have been kept out of the public sphere to give families privacy.  In the end, Pelley conducts what is essentially a three-act suite, introducing firefighters, taking viewers through a harrowing trip up one of the Twin Towers in a doomed attempt to rescue stranded workers and then meeting a younger generation of relatives inspired by their predecessors’ sacrifice.

“Some people did not want to revisit that time,” says Pelley, who began reaching out to potential interviewees for the opener in May. “The people who did wanted to make a clear and accurate record of what happened that day, participating in the decision-making processes of the FDNY and explain why they did what they did.”

To get the job done, Pelley will have to wring every tick out of the iconic stopwatch that has opened the show for what will soon be 53 seasons. The single-story program will mark “the first hour-long season premiere in the history of the broadcast,” says Bill Owens, executive producer of the venerable CBS newsmagazine. He had to ask CBS to allow the debut of this year’s cycle to be moved up to dovetail with the anniversary of 9/11 this weekend.

Owens has only led the show in an official capacity for two full seasons, but he has already started to put his stamp on an enterprise that has had just two other editorial leaders, Jeff Fager, and the show’s iconic creator, Don Hewitt. The hour-long opener isn’t the only format experiment he’s tried (though the show has done a handful of hours with just a single story in the past). For most of Owens’ time at the helm, “60 Minutes” has focused more intently on presenting opening segments that get behind the most important headlines of the week, rather than on a story that may break news, but not stuff that’s in the immediate cycle.

“We have gotten more topical,” acknowledges Bill Whitaker, the “60 Minutes” correspondent who is still regarded as “the new kid of the block” even though he has been with the program since the fall of 2014. “Bill does have a love for hard news and wants to make sure we are on the news as well as covering the news.”

The producer says the recent news cycle, filled with Trump anomalies and pandemic concerns, “has afforded us an opportunity to be hyper-topical each week,” but notes he’s not ignoring “the mix” of stories that have made the program a top draw for half a century. “There’s something for everybody. ’60 Minutes’ travels and introduces you to things you’ll never have an opportunity to go and see yourself, whether it’s music or literature or just a great adventure.”