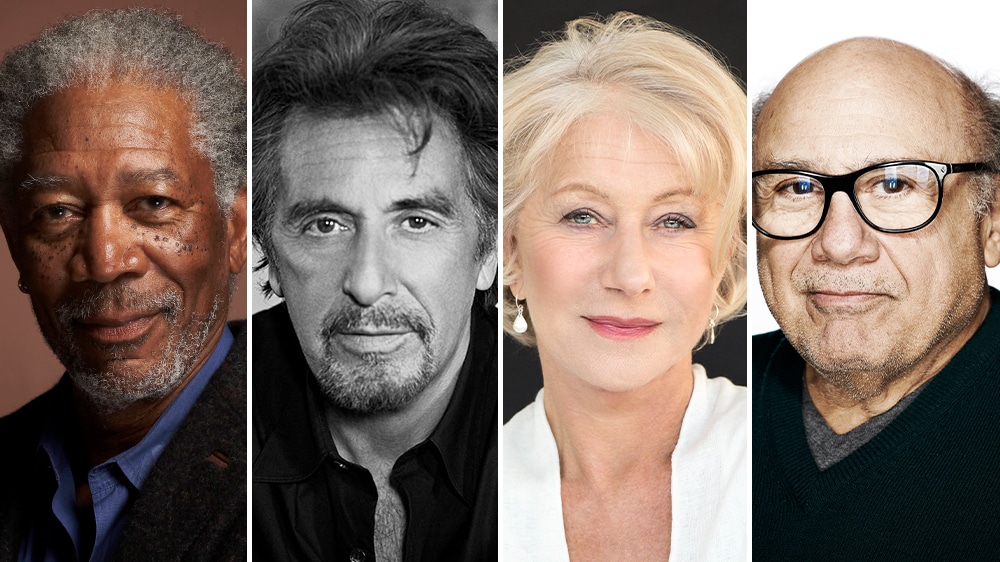 Morgan Freeman, Al Pacino, Helen Mirren and Danny DeVito will star in “Sniff,” a stylish reinvention of the film noir.

Helmed by Taylor Hackford, the Oscar-winning director behind “Ray,” the film follows detective Joe Mulwray (Freeman) and partner William Keys (DeVito) as they investigate a high-end luxury retirement community after the mysterious deaths of two of its residents. What starts out as a normal case quickly turns strange, as the detective duo uncover a hidden underworld of sex, drugs and murder controlled by senior living community kingpin Harvey Stride (Pacino) and his femme fatale enforcer The Spider (Mirren).

Adam Goodman and Matt Skiena will produce through their Dichotomy Creative Group alongside Hackford through his production company Anvil Films.

“I have always been a big fan of film noir but haven’t really made one,” Hackford said via Deadline. “The whole concept of setting a film noir in an upscale retirement community… these are proliferating all over the United States as the baby boomer generation gets to retirement. There’s a lot of money, and people want to live in a beautiful setting. Those are on the brochures, but what Tom Grey did was show what was lurking below the surface.”