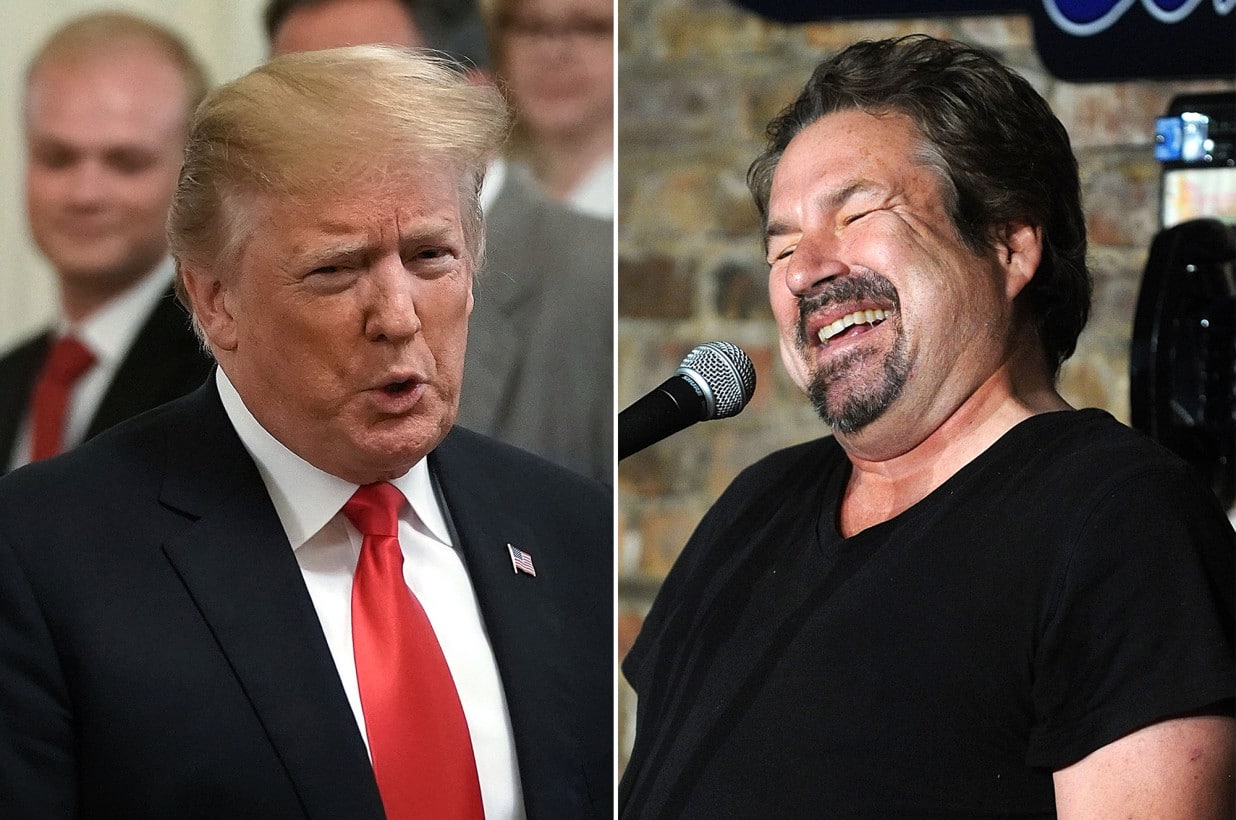 A comedian best known for his stints on “The Howard Stern Show” says he was able to reach President Trump aboard Air Force One by impersonating New Jersey Sen. Robert Menendez.

“This is how easy it is to infiltrate the administration,” John Melendez, better known as “Stuttering John,” said on his podcast.

The radio personality said he got through by leaving his cellphone number with the White House switchboard and fooling aides — including the president’s son-in-law, Jared Kushner.

“Hi, Bob. How are you? Congratulations on everything, we’re proud of you. Congratulations, you’re doing a great job,” Trump is heard saying to the man he purportedly thought was the New Jersey Democrat.

White House staffers were scrambling to figure out how Melendez was able to get through, a source told Axios.

The White house did not respond to repeated requests for comment.

One source told The Post that White house aides called Menendez’s office Thursday morning and that’s when they learned of the Wednesday night hoax.

Melendez said he was initially unable to get through to the president when he called the White House switchboard and identified himself while recording his podcast Wednesday.

But he later called the switchboard back, pretending to be the senator’s assistant. The operator transferred him to a subordinate who told him Trump was unavailable because he was giving a speech.

Melendez said he gave his cellphone number but it has a Southern California prefix, leading an operator to note the information did not match White House records for Menendez.

Melendez explained the discrepancy by claiming he was on vacation. Several presidential aides, including Kushner, called back before Trump picked up the phone, according to the podcast.

“You went through a tough, tough situation — and I don’t think a very fair situation — but congratulations,” Trump tells “Menendez,” according to the audio.

Menendez was indicted on bribery and corruption charges in 2015, which led to his surrendering his seat as the ranking Democrat on the Foreign Relations Committee.

The case ended in a mistrial in November after the jury deadlocked. In January, a federal judge threw out the most serious bribery charge, and a week later, the feds dropped the rest of the charges.

Pretending to be the pol, Melendez asks — because he’s “Hispanic” — what he could tell his constituents about the ongoing topic of immigration roiling the Trump administration.

“So Bob, let me just tell you: I want to be able to take care of the situation every bit as much as anyone else, at the top level. I’d like to do the larger solution rather than the smaller solution; they’re doing them step by step. I think we can do the whole thing,” Trump responds, according to the audio.

“And that’s a good excuse for the Democrats too, Bob. It’s not like, it’s good for you or good for me, it’s good for both of us … I’m tired of the problem. So Bob, here’s what — let me do this, I’m on Air Force One, uh, I’m just coming back from an amazing rally in North Dakota, actually.”

In his persona as Menendez, the comedian then asks about a replacement for retiring Supreme Court Justice Anthony Kennedy.