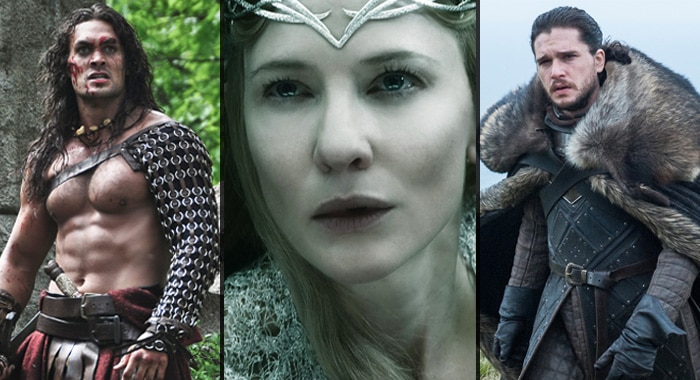 TV is set for an onslaught of high-profile fantasy epics come 2019. Witness the buzz around The Lord of the Rings television series in development at Amazon — acquired for $250 million and expected to ultimately cost more than $1 billion — the Gormenghast series announced last week by FreemantleMedia North America, and Netflix’s new take on the Arthur legend, Cursed. It’s a big change from the genre’s historical position in the medium.

It may be strange to think of it now, but Game of Thrones was a risky proposition when HBO first began development of the series, and its prospects were buoyed by the fact that its more fantastic elements appeared later in the narrative (we had to wait so long for those dragons). Prior to that, fantasy was relegated to syndicated fare like Conan the Adventurer and Hercules: The Legendary Journeys. Xena: Warrior Princess was an outlier in terms of quality storytelling, but its occasionally cheesy effects proved to the television executives that fantasy TV was too expensive, while other series proved it was often built on poor story standards. GoT changed that perception, even if the fantasy shows which emerged in its wake — The Shannara Chronicles and Shadowhunters for example — proved closer in story quality to the BeastMaster television series.

But The Lord of the Rings, Gormenghast, and Cursed are not the only promising fantasy series in development at the moment. A number of classic fantasy epics and novels will become television thanks to the power of streaming services like Amazon, cable options like BBC America, and others outlets that are worth spotlighting. There are also a few notable series not yet scooped up by the powers in television that we think should get the TV treatment as soon as possible. So here are 13 fantasy epics set to hit your screen soon and three more we hope will follow them. 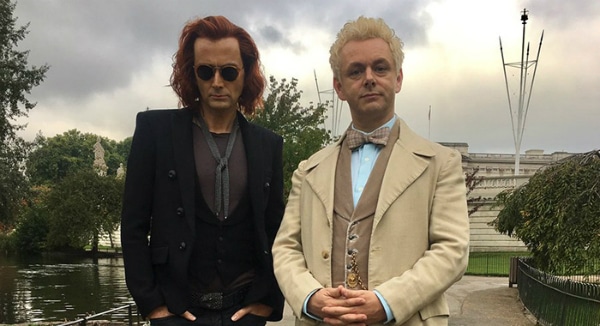 Based on: The 1990 novel by the late Terry Pratchett and Neil Gaiman (or vice-versa, depending on which cover you bought). Set in a world where biblical legends are true, the keeper of the east gate of Heaven and the Serpent from the Garden of Eden unite to prevent the apocalypse as they’ve come to enjoy their quaint lives in the United Kingdom.

The Fanbase: The combined fanbases of Gaiman and Pratchett, poets, jokesters, lovers of myth and song.

Everything we know so far: David Tennant and Michael Sheen star as the serpent and the angel, respectively, with actors like Jon Hamm, Anna Maxwell Martin, and Nick Offerman set to feature in key roles. Filming is currently underway with Gaiman acting as an executive producer and showrunner. The six-episode series will debut on Amazon and then air in the United Kingdom on BBC Two.

It’s most like: Time Bandits, the 1985 Terry Gilliam film that also featured an irreverent look at God, angels, and Evil Geniuses.

Chances it will be a Certified Fresh hit: Season 1 of Gaiman’s only other television show, American Gods, is Certified Fresh at 92% on the Tomatometer. While it has similar themes, Gods is a far more serious — even portentous — take on Gaiman’s love of myths and legends. But Good Omens’ very British mindset may find an audience in the U.S. that American Gods has yet to capture. 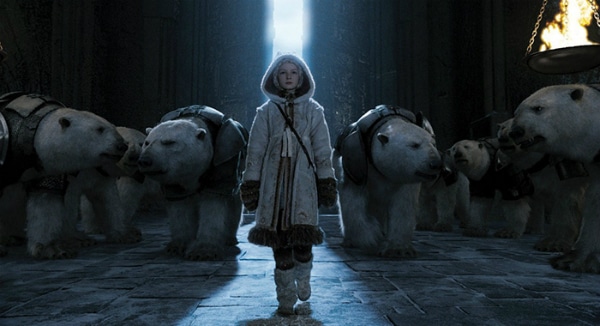 Based on: Philip Pullman’s epic trilogy — Northern Lights (published in the North America as The Golden Compass and adapted into a movie of the same name, pictured above), The Subtle Knife, and The Amber Spyglass — centers on two children who grow up while journeying across parallel worlds, where they encounter talking armored bears and, of course, our world. Pullman’s story upends fantasy conventions and revolves on the notion that Original Sin is one of mankind’s greatest qualities.

The Fanbase: The kids who read Harry Potter and wanted more.

Everything we know so far: The British Broadcasting Corporation commissioned an eight-part adaptation of the entire trilogy in 2015. In April of last year, writer Jack Thorne said the program was still in preproduction and that he was still trying to balance “what works and what doesn’t” while maintaining as much fidelity to the books as possible.

It’s most like: Harry Potter with a healthy skepticism of organized religions. Pullman was surprised by the intense scrutiny the Potter books received from religious groups in the U.S. while his series openly criticized a Catholic form of government. Catholics eventually took notice and campaigned against the series’ film adaptation, 2007’s The Golden Compass.

Chances it will be a Certified Fresh hit: Produced by Jane Tranter and Julie Gardner — two of the people heavily involved in Doctor Who’s revival (88% Fresh) — the series may prove successful depending on how much compression of Pullman’s world is required to make it fit into eight hours of television.