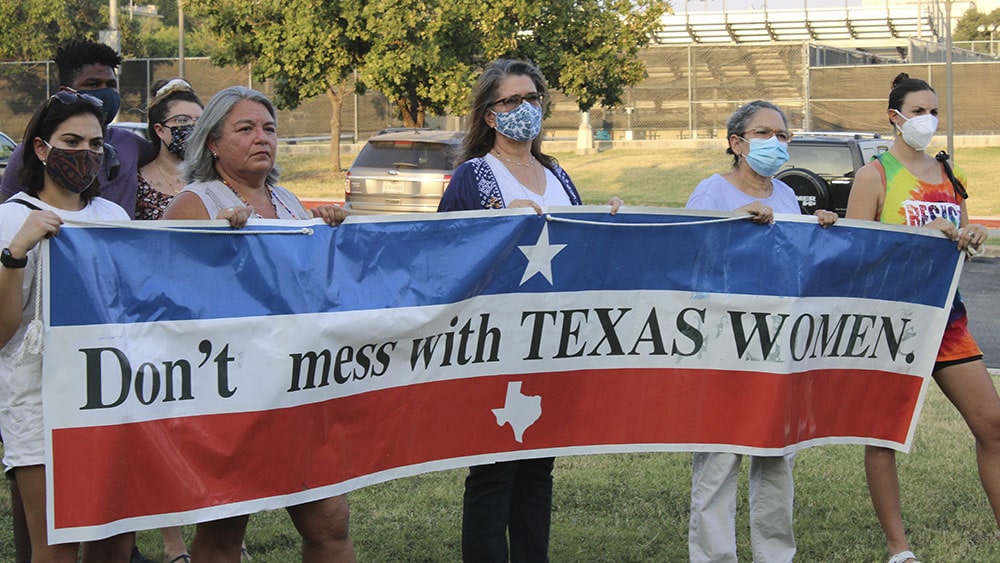 Is Hollywood about to mess with Texas?

As the state enforces a law that will make parties to almost all abortions vulnerable to civil prosecution — a measure that was upheld by the Supreme Court on Wednesday – show business liberals and corporate giants are feeling pressure to act, multiple industry insiders told Variety.

While the law seeks to ban abortions six weeks after conception, a stage at which most people don’t even know they are pregnant, the most incendiary part of the mandate says anyone assisting the procedure can be sued in civil court. This includes medical staff, family members, or even the person driving a patient to a clinic, one report noted.

Shortly after the law went into effect this week, the likes of Reese Witherspoon and “The Handmaid’s Tale” star Bradley Whitford decried the ban on social media. President Joe Biden called it an “unprecedented assault” on women’s reproductive rights.

Planned Parenthood President Alexis McGill Johnson predicted that the law will embolden other conservative states, including places like Georgia where many movies and television shows are shot, to put forward similar bans.

“The unthinkable has happened,” McGill Johnson told Variety. “There is now a state in this union where abortion is virtually inaccessible. Roe has effectively been overturned in Texas and there are another 26 states have that have legislatures that are hostile to abortion rights that will move quickly to enact their own laws.”

As precedent shows, however, there are more meaningful measures that the entertainment community can take as a form of protest. In 2019, a similar measure in Georgia sought to ban abortion after six weeks (or at the detection of a fetal heartbeat). Georgia is a massive production hub known for generous tax incentives, and Hollywood contributes billions to the state economy annually, so the industry intended to weaponize its checkbook to rattle lawmakers.

Bob Iger, at the time the CEO of the Walt Disney Company, said the company would likely pack up and move in solidarity with its female workforce. Netflix, a massive spender on original production, was the first to blink and said it would “rethink its investment” in the state should the Georgia heartbeat become law. Kristen Wiig and Lionsgate yanked the “Barb and Star Go to Vista Del Mar” shoot weeks before cameras were set to roll. The Georgia law was later struck down in higher courts. A similar corporate backlash took place when Georgia enacted voting rights laws that critics said were designed to suppress turnout among voters of color. In response, Major League Baseball relocated the All-Star Game from the state and corporations like Coca-Cola and Delta Airlines decried the move.