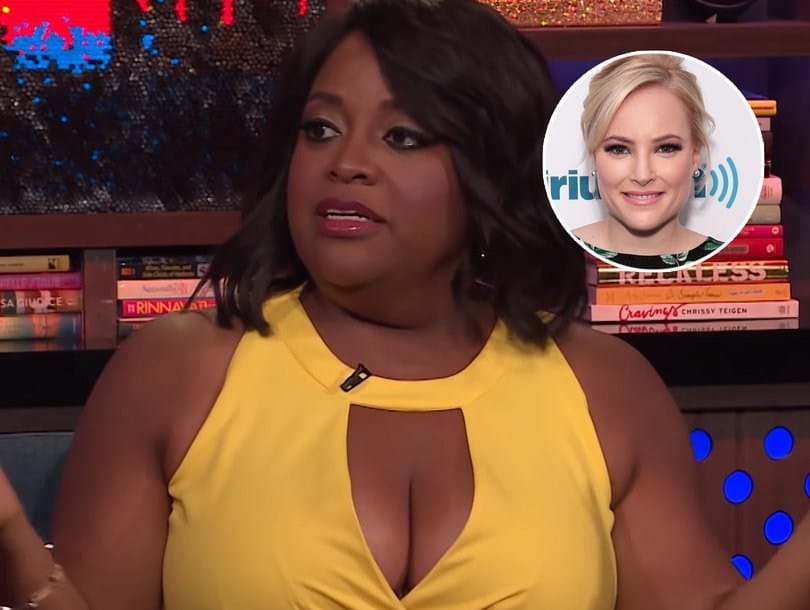 Sherri Shepherd has some thoughts about Meghan McCain’s role as co-host of “The View,” and she shared them with Andy Cohen on “Watch What Happens Live” Sunday night.

“She just has to evolve,” Shepherd said of the former Fox News contributor. “She has to get used to sitting there at that table. And I think she has to not take the whole Republican world on her shoulders. It’s too much to take that whole world on. You are not the Republican voice, and it makes you stressed, it makes you tense — so I think just being able to lighten up a little.”

A fan then asked Shepherd if the rumors that she was in the process of writing a tell-all about her time on “The View” were true.

“It’s not a tell-all because everybody is involved, so it’s not only me,” Shepherd explained. “I think everybody except Elisabeth [Hasselbeck] and Jenny McCarthy have contributed to the book, but there is a tell-all in the works.”

“Is it like your own oral history of ‘The View’?” Cohen asked.

“It is. It’s all of our views in one book about what went on, so we didn’t [hold back],” Shepherd said.

When Cohen asked why Hasselbeck and McCarthy chose not to be involved, Shepherd let out a sassy, “You know why they didn’t.”

“Jenny said she didn’t have a great time on ‘The View,'” she explained. “And Elisabeth — her departure, you know… Although, it would be really fun to have both of their viewpoints ’cause they were integral.”

Georgia lawmakers want Jason Spencer to Resign Following his Appearance on ‘Who is America?’