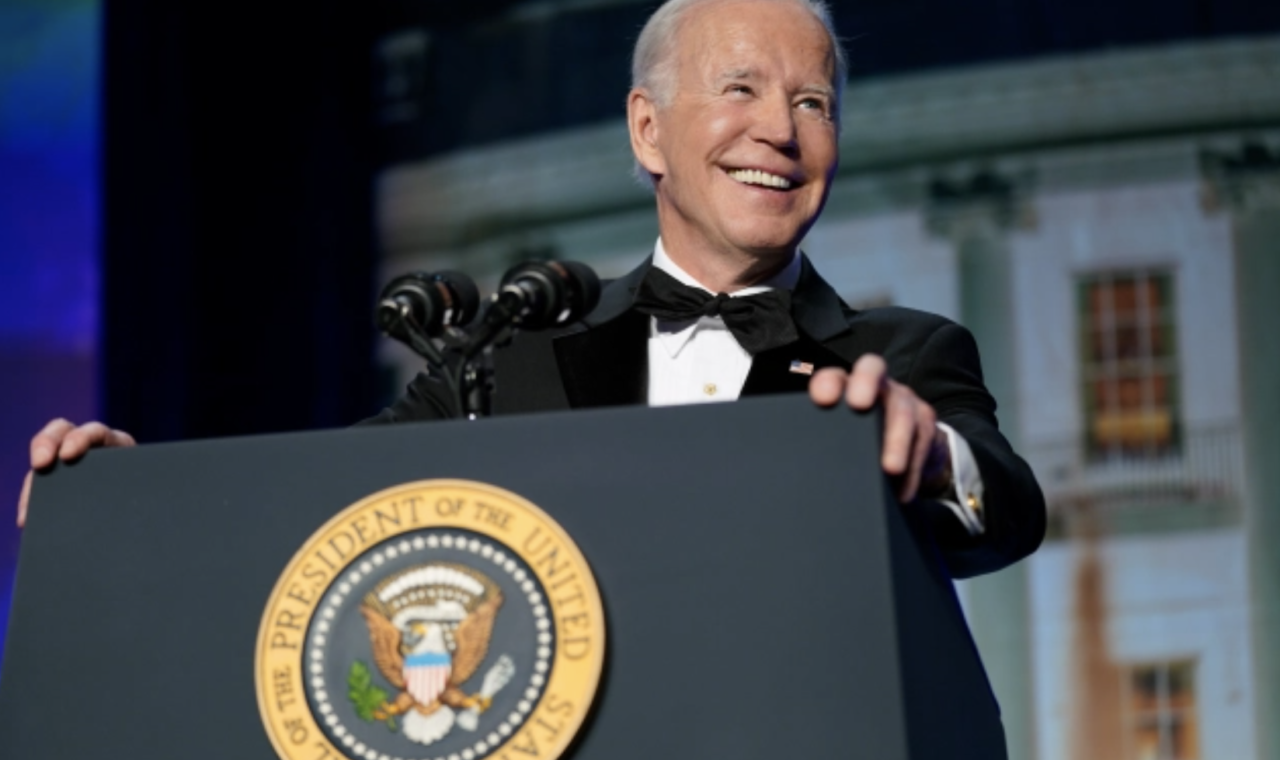 Although White House Correspondents’ Dinner host Trevor Noah is used to delivering political comedy every night on “The Daily Show,” President Joe Biden debuted a surprisingly witty comedy set during the April 30 event in Washington D.C. Biden poked fun at journalists, Republicans, Rudy Giuliani and even himself, but he delivered some of his biggest laughs while roasting Fox News.

“I know there are questions about whether we should gather here tonight, because of COVID,” Biden said. “Well, we’re here to show the country that we’re getting through this pandemic. Plus, everyone had to prove they’re fully vaccinated and boosted. So if you’re home watching this, and you’re wondering how to do that, just contact your favorite Fox News reporter. They’re all here, vaccinated and boosted. All of them.”

Biden also took another dig, saying, “Fox News, I’m really sorry your preferred candidate lost the last election. To make it up to you, I’m happy to give my chief of staff to you all so he can tell Sean Hannity what to say every day,” mocking Hannity’s texting bromance with Mark Meadows.

Noah also took shots at the network, saying, “Fun fact: Sean Hannity and Ainsley Earhardt are actually dating now. I actually think it’s beautiful to see an office romance at Fox that won’t end in a $20 million settlement,” referring to Gretchen Carlson’s $20 million settlement after suing Fox News chairman and CEO Roger Ailes in 2016. Noah ended the joke with one more punch: “I’m sure wherever Roger Ailes is right now, he’s looking up and smiling.”

The event drew a mix of politicians, journalists and celebrities, including a buzzy appearance by Kim Kardashian and her boyfriend Pete Davidson. Drew Barrymore, Martha Stewart and Michael Keaton were also among the eclectic group of guests.