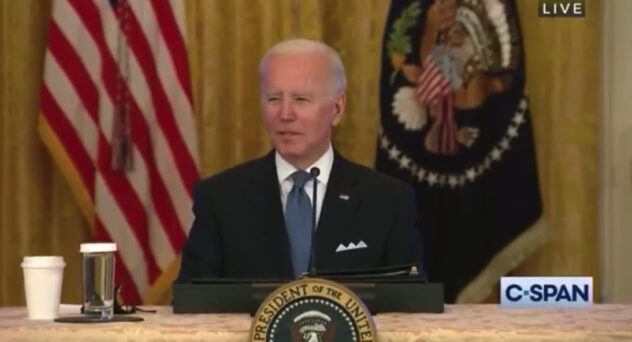 Wrapping up a photo op in front of the media on Monday, several reporters shouted questions at Biden, including Doocy.

Inflation has featured prominently in discussions about the U.S. economy ahead of November’s elections. Last month, it hit a 40-year high.

Later, Doocy appeared on The Five on Fox News and laughed it off.

“I think the president’s right,” joked cohost Jesse Watters. “You are a stupid S.O.B.”

“Yeah,” replied Doocy. “Nobody has fast-checked him yet and said it’s not true.”

It isn’t the first time Doocy has been the target of an irritated senior politician. In 2017, he asked Sen. John McCain about his relationship with President Donald Trump.

“Has your relationship with the president frayed to the point that you are not going to support anything that he comes to you and asks you?” Doocy asked.

McCain said the suggestion that he would block Trump’s proposals over “a personal disagreement” was ridiculous.