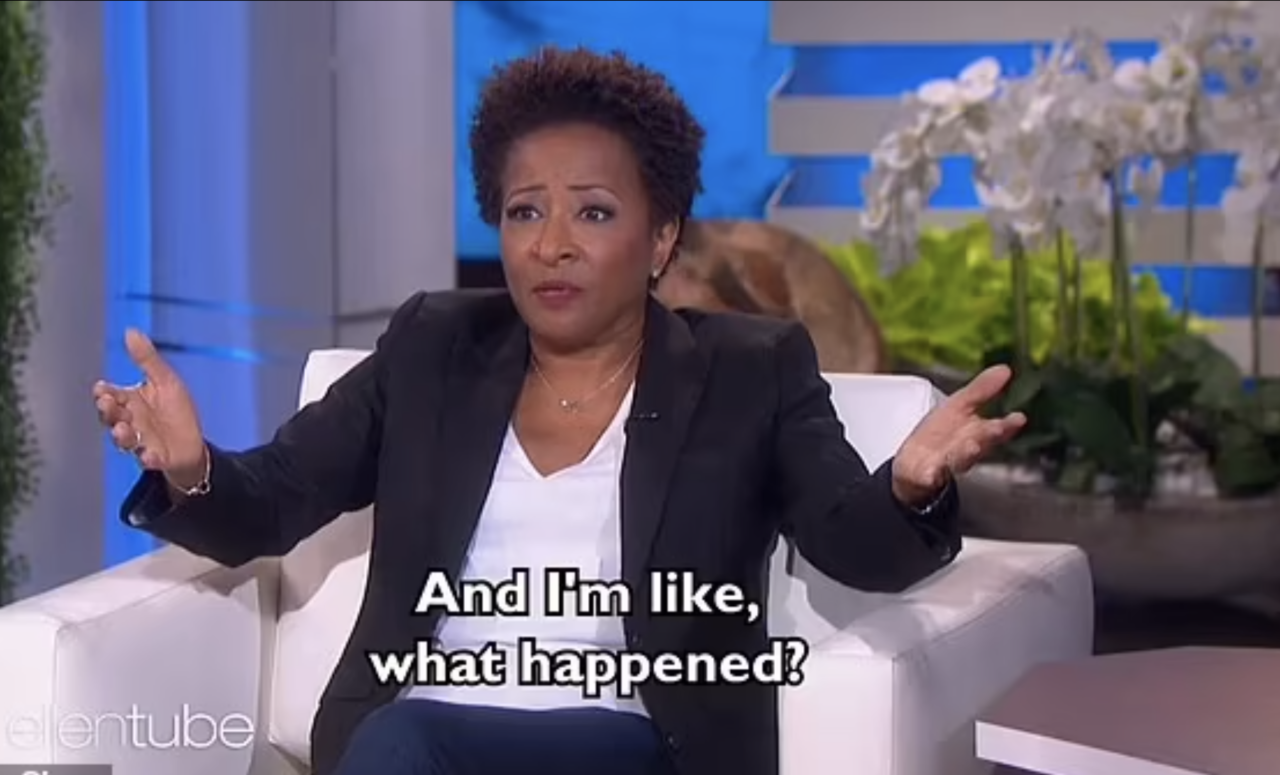 Oscars co-host Wanda Sykes says she’s “still traumatized” by Will Smith slapping Chris Rock onstage and is disappointed by how the show handled the incident, as well as the industry’s reaction in the audience.

“I just felt so awful for my friend Chris. And it was sickening, absolutely sickening,” Sykes tells Ellen DeGeneres in a clip from her visit to The Ellen DeGeneres Show (below), which will air in full on Thursday. “I physically felt ill, and I’m still a little traumatized by it,” she continues, a sentiment that DeGeneres says she agrees with. “And for them to let him stay in that room and enjoy the rest of the show and accept his award, I was like, ‘How gross is this? This is just the wrong message.’”

She added of Smith, “You assault somebody, you get escorted out the building and that’s it. For them to let him continue, I thought was gross.”

Sykes, who co-hosted Sunday’s show with Amy Schumer and Regina Hall (Schumer has also come out to say she is “still triggered and traumatized” by the incident), explained to DeGeneres that she missed seeing the actual moment when Smith took the stage and slapped Rock across the face — an onstage attack sparked by Rock making a joke about the eventual best actor winner’s wife, Jada Pinkett Smith, who has alopecia, having a shaved head.

Sykes explained that after she and Hall introduced Rock to the stage, she rushed to her trailer to change for the co-hosts’ pajama bit and, by the time she got back to the backstage monitor, she saw Smith leaving the stage and “everything was quiet.”

“I’m like, ‘What happened? What happened?’ Everyone was like, ‘Oh, my God,’” Sykes recalls of the collective audience shock. “And then Will just starts cursing from his seat, ‘Keep my wife’s name out [of your fucking mouth]’ whatever, and I just was like, ‘Is this really happening?’ And then someone showed me on the video; yeah, he smacked Chris.”

DeGeneres noted that Smith has since publicly apologized to Rock, on his Instagram on Monday, but that the moment overshadowed both the Williams family, who are the subjects of Smith’s King Richard movie and who were in attendance, and Questlove, who won best documentary right after the dust-up.

Sykes pointed out that not only have the hosts yet to receive an apology from Smith, but she says they also have not been acknowledged at all by the show’s producers or the industry as a whole over the night-stealing moment. Co-producer Will Packer has taken to Twitter to call the slap a “painful moment.” Meanwhile, the Academy is conducting a formal review over what happened that is set to take weeks.

Academy Starts Disciplinary Proceedings Against Will Smith, Expulsion on the Table