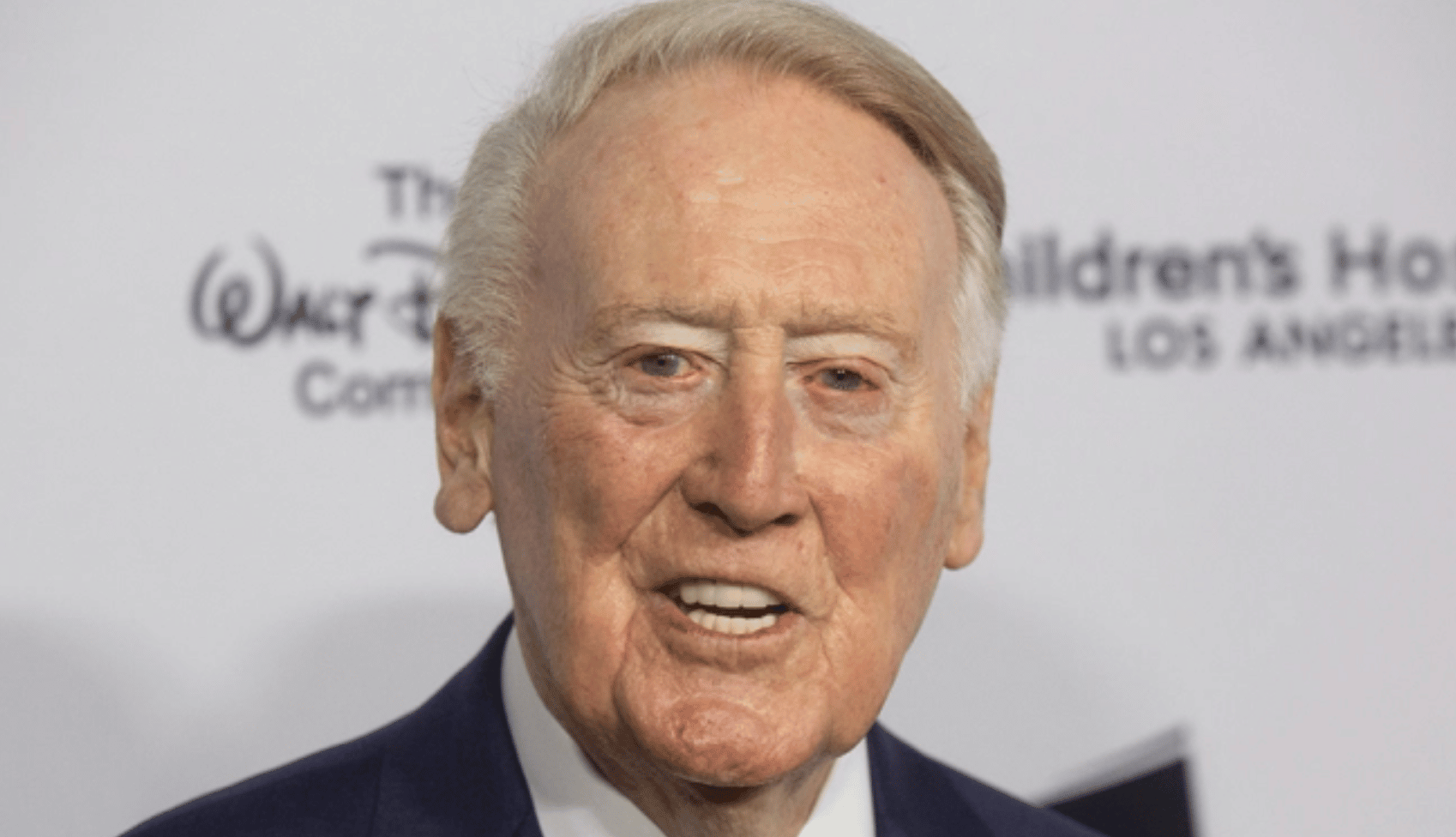 Vin Scully, the longtime Dodgers play-by-play announcer considered by many to be the king of his profession, died Tuesday. He was 94.

“He was the voice of the Dodgers, and so much more,” the organization wrote. “He was their conscience, their poet laureate, capturing their beauty and chronicling their glory from Jackie Robinson to Sandy Koufax, Kirk Gibson to Clayton Kershaw. Vin Scully was the heartbeat of the Dodgers — and in so many ways, the heartbeat of all of Los Angeles.”

Also for years a national announcer of baseball for NBC, football and golf for CBS and baseball for CBS Radio, Scully endeared himself to fans through 67 seasons with the Dodgers, a record for one broadcaster with one team in any sport. In 2010, the American Sportscasters Assn. named Scully the greatest sportscaster of all time.

Born in New York, Vincent Edward Scully joined the Brooklyn Dodgers at age 22 as their No. 3 announcer to start the 1950 season, eight years before the team moved west to Los Angeles. He was trained by Red Barber, the preeminent baseball voice of his era, who had been impressed that Scully had done a solo radio call of a 1949 Maryland-Boston University football game from an outdoor press box at Fenway Park in the November cold without complaint.

For Scully, it was a dream come true.

“When I was 8 years old, I wrote a composition for the nuns saying I wanted to be a sports announcer,” he once said. “That would mean nothing today — everybody watches TV and radio — but in those days, back in New York, the only thing we really had was college football on Saturday afternoons on the radio. Where the boys in grammar school wanted to be policemen and firemen and the girls wanted to be ballet dancers and nurses, here’s this kid saying, ‘I want to be a sports announcer.’ I mean it was really out of the blue.”

Scully’s stature rose quickly in a New York market that not only had Barber with the Dodgers but Mel Allen with the Yankees and Russ Hodges and former Dodger announcer Ernie Harwell with the New York Giants. At 25 in 1953, Scully became the youngest ever to broadcast a World Series, a record he still holds.

Barber left that fall to join Allen with the Yankees. So it was Scully who was the Dodgers’ No. 1 voice when “the Boys of Summer” finally won their first World Series in 1955. It was also Scully on the mic at the end of the national broadcast of Don Larsen’s 1956 World Series perfect game for the Yankees against Brooklyn.

When the Dodgers uprooted from Ebbets Field following the 1957 season, the New York native and former Fordham U. outfielder came along with them. The Dodgers were a seventh-place team their first season in Los Angeles, but Scully was immediately credited with helping to bond the franchise to its new city. With the popularity of transistor radios rising, many fans attending at the Los Angeles Memorial Coliseum would listen to Scully and colleague Jerry Doggett during games, highlighted one day in 1960 when Scully convinced the crowd to call out “Happy birthday” in unison to an umpire.