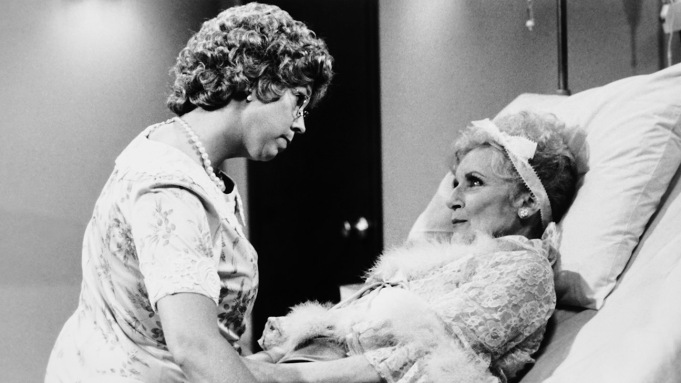 Vicki Lawrence is among those mourning the death of Betty White, her co-star and longtime friend, who died last week at age 99, just a few weeks shy of her 100th birthday.

The two actresses met when they co-starred on The Carol Burnett Show (1967–78), where Lawrence originated the character of Thelma Harper while White played one of Thelma’s daughters, Ellen. They went on to reprise their roles in the series spinoff, Mama’s Family, in the ’80s, and would appear on several on shows together, including game shows like Super Password, and remained close.

“I was sending somebody an email the other day and notification popped up on my phone and I went, ‘No!’ This is like the period at the end of a fucking year,” Lawrence says of how she learned of White’s death.

Below, she remembers White, shares sweet stories of their friendship and reminisces about White’s marriage to the late Allen Ludden, who died in 1981.