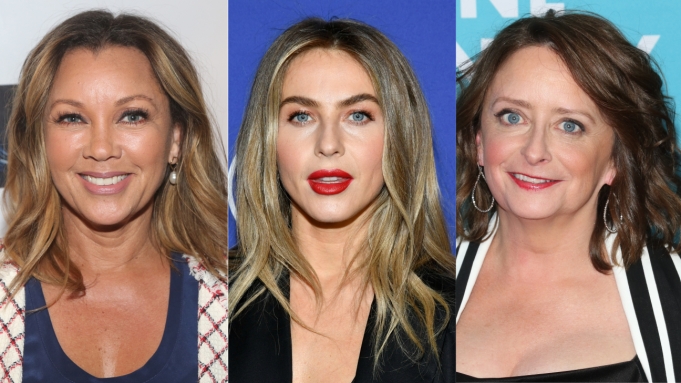 Vanessa Williams, Rachel Dratch and Julianne Hough will star on Broadway this May in Selina Fillinger’s new play POTUS: Or, Behind Every Great Dumbass are Seven Women Trying to Keep Him Alive.

The trio will be joined by Lilli Cooper, Lea DeLaria, Suzy Nakamura and Julie White in the lead cast of 28-year-old Filinger’s Broadway debut, which will open at the Shubert Theatre on May 9. The limited engagement, which also stars Anita Abdinezhad, Gisela Chípe, Jennifer Fouché and Lisa Helmi Johanson as standbys, will run through Aug. 14, with tickets currently on sale at Telecharge.com.

“I’m so excited to work with this group of talented and hilarious women,” star Nakamura says. “As soon as I read the script, I couldn’t wait to be a part of it. The fact that I’m reunited with my friends, Julie White and Rachel Dratch, for my Broadway debut makes this the project of my dreams!”

“My entire life, I have always been inspired by the unmatched talent that graces the Broadway stage,” said Hough, who will also make her Broadway debut. “Being part of a production like this speaks to the artistry, dedication and grit that it takes to become that level of entertainer. I am incredibly humbled and honored to be joining Susan, Selina and this extraordinarily talented cast and crew for my Broadway debut.”

Directed by five-time Tony Award winner Susan Stroman (The Producers, The Scottsboro Boys), the show centers on the “women in charge of the man in charge of the free world.” The modern farce sees the U.S. President turn a PR nightmare into a global crisis, forcing the seven “brilliant and beleaguered women” who help him run the nation “risk life, liberty and the pursuit of sanity to keep the commander-in-chief out of trouble,” according to the play’s logline.

“Selina’s wickedly funny satire questions how complicit we really are in the woes of the world — and what would happen if we simply stood back instead of continuing to empower the leaders who got us to where we are in the first place,” Stroman said in a statement.

“To be premiering my play at the Shubert, with this extraordinary cast and the legendary director, Susan Stroman, is quite literally the stuff of dreams,” Fillinger said in her own statement. “I hope the show offers joy, folly and the strength to keep fighting at a time when the world needs all three.”