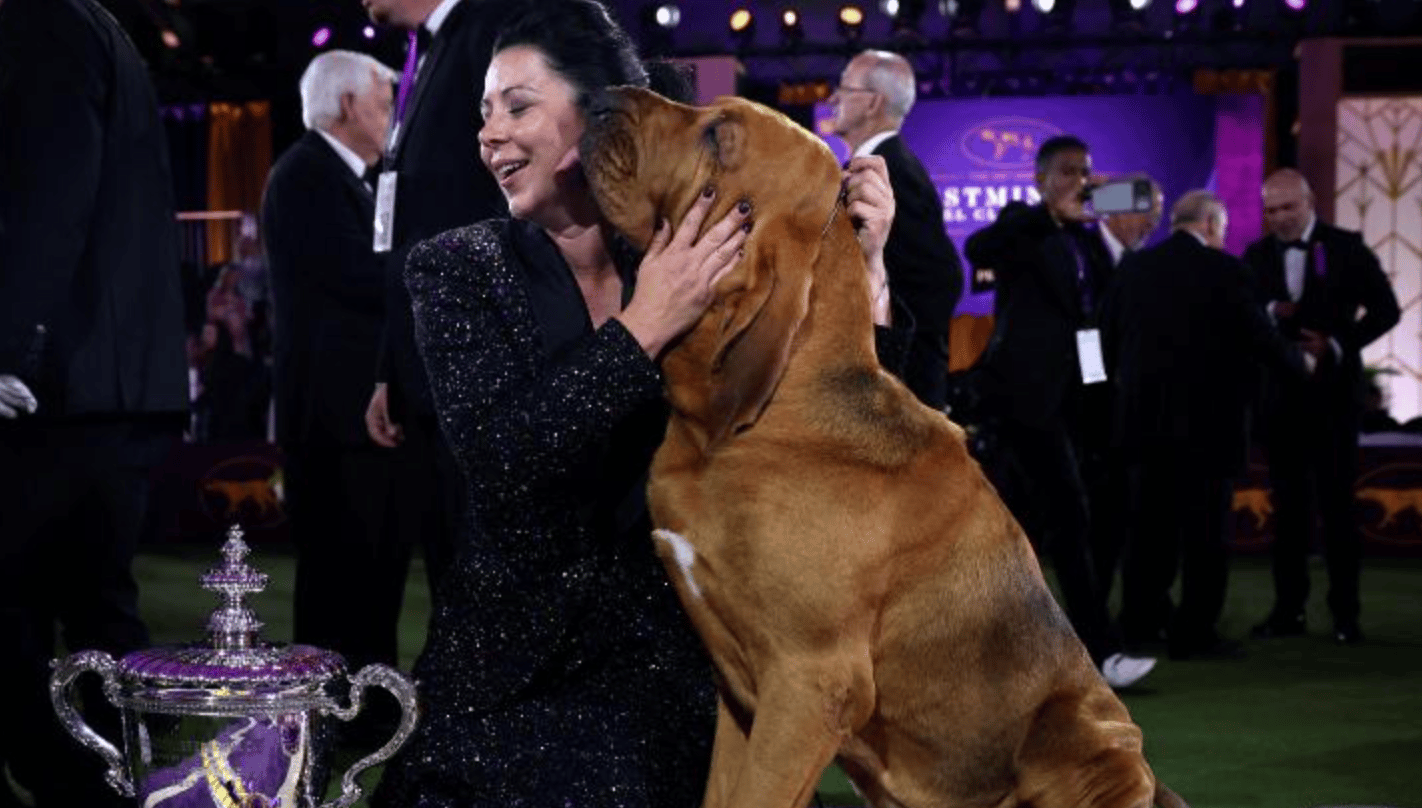 Trumpet, a bloodhound, was crowned the Best in Show winner at the 146th Westminster Kennel Club Dog Show Wednesday night.

The show is the second-oldest continuous sporting event in the US after Kentucky Derby and crowned its winner from among contenders who won in earlier best-in-group competitions.

Trumpet is owned by Chris and Bryan Flessner, Heather Buehner and Tina Kocar, according to the WKC.
Bloodhounds are “one of the oldest breeds of dogs that hunt by scent,” according to WKC classifications. A discovery by a trained bloodhound may
be used in a court of law, the club said.
Winston, a French bulldog, took home the Reserve Best in Show title. One of Winston’s owners is NFL defensive lineman Morgan Fox.
The show began Saturday at the Lyndhurst Estate in Tarrytown, New York, marking its second year at the location instead of its usual home at New
York City’s Madison Square Garden. The competition was originally relocated due to Covid-19 concerns.
(Excerpt) Read more: @CNN