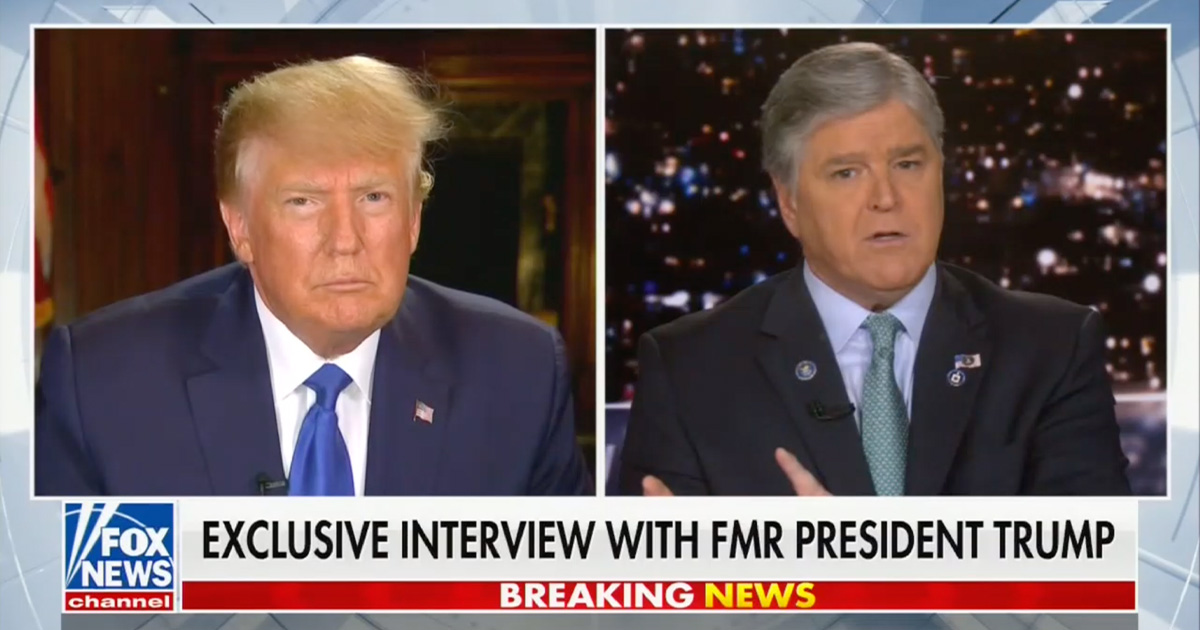 Former President Donald Trump is going after his most staunch media ally.

In a statement reported by CNN’s Kaitlan Collins on Tuesday night, Trump rebuked Sean Hannity’s plea to Mark Meadows after the Capitol riot that the former president should stop talking about the 2020 election.

“He can’t mention the election again. Ever,” Hannity wrote to Meadows on Jan. 10.

Trump, in his Tuesday night statement reported by CNN’s Collins, took a shot at Hannity over that remark.

“I disagree with Sean on that statement and the facts are proving me right,” Trump said — referring to his baseless claims about the 2020 election being rigged against him.

A series of texts from Hannity to Meadows were released by the House January 6 committee on Tuesday night. The messages show Hannity calling for Trump to change his tact on dealing with the election. One message to Meadows and Rep. Jim Jordan (R-OH), sent on Dec. 31, 2020, said:

“We can’t lose the entire WH counsels office. I do NOT see January 6 happening the way he is being told. After the 6th. [sic] He should announce will lead the nationwide effort to reform voting integrity. Go to Fl and watch Joe mess up daily. Stay engaged. When he speaks people will listen.