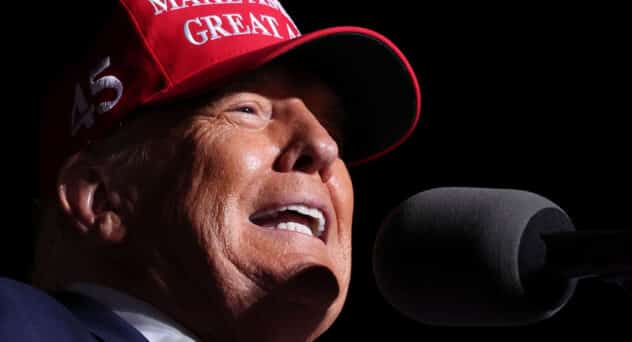 Former President Donald Trump downplayed the results of Tuesday’s midterm election in an interview with Fox News Digital on Wednesday after multiple reports surfaced saying the former president was “furious.”

“There is a fake news narrative that I was furious—it is just the opposite,” Trump told Fox News. “The people I endorsed did very well. I was batting 98.6% in the primaries, and 216 to 19 in the general election—that is amazing.”

“All these guys that are winning are my people,” added Trump.

Likewise for Sen. Ron Johnson (R-WI), who was reelected to a third term on Tuesday night and distanced himself from Trump in the close race.

Trump addressed reports on Wednesday morning that he was “furious” with those around him who pushed him to endorse Mehmet Oz in Pennsylvania, who lost his race.

An anonymous Trump adviser told CNN’s Jim Acosta that Trump was “livid” and “screaming at everyone” about the Oz outcome and was angry even at his wife, Melania Trump.

Trump noted that he was “very proud” of all the candidates he endorsed and jested that “they always perform better when I’m on the ticket.”