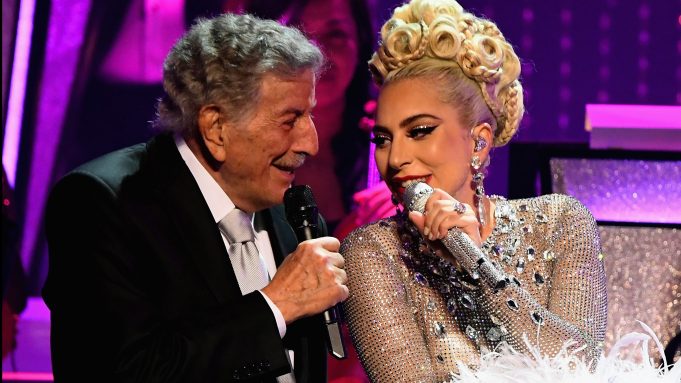 Tony Bennett and Lady Gaga will join forces for a pair of shows at Radio City Music Hall in August that are being billed as their final appearances together, reps for the two singers announced Monday morning.

The “One Last Time: an Evening With Tony Bennett and Lady Gaga” shows will take place August 3 and 5, with a special credit-card pre-sale beginning Wednesday and a general ticket release on Thursday. All ticketholders will be required to show proof of vaccination.

The first of the two nights is Bennett’s 95th birthday. The reason for advertising these as the final shows the two will do together may have less to do with his advanced age, though, than the fact that Bennett was diagnosed with dementia five years ago — a condition that was discovered in 2016, but not revealed to the public until early 2021. In the intervening years, his condition progressed slowly enough that he was able to continue to tour and record.

Indeed, Gaga and Bennett recently made a second album together that will be released later this year, a successor to 2014’s chart-topping, Grammy-winning “Cheek to Cheek.”

The initial block of tickets is being released to Citi card members and will go on sale at Livenation.com at 10 a.m. Wednesday in local time zones, with the general set for the same time the following day.

No phones will be allowed inside the venue, reps say, and attendants will collect attendees’ smart devices and put them in Yondr pouches that can only be opened in lobby unlocking stations.

“We couldn’t be prouder to host such a special engagement with two of the most iconic entertainers of our time,” said Darren Pfeffer, executive VP of live at Madison Square Garden Entertainment. “Both Tony Bennett and Lady Gaga are synonymous with New York City, making the great stage at Radio City Music Hall the perfect place to honor their decade long friendship and celebrate Mr. Bennett’s 95th birthday,.”