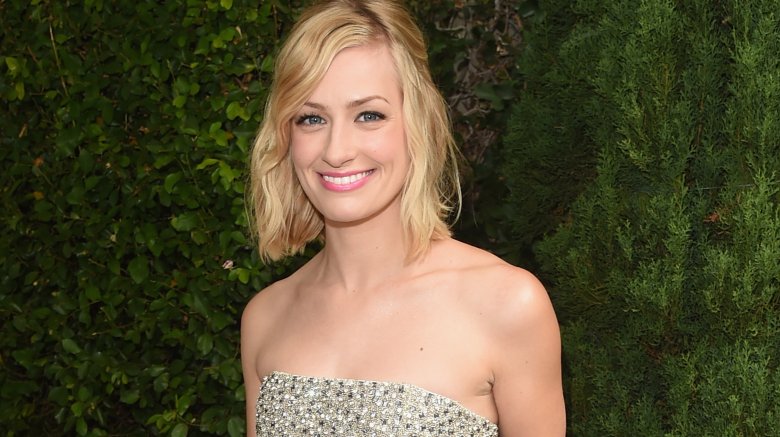 Beth Behrs entertained us for six glorious seasons as 2 Broke Girls’ rich-girl-turned-poor Caroline Channing, opposite real life BFF Kat Dennings, but there’s much more to her than just her career. The actress and trained singer (a lifelong Broadway wannabe) is also known for being a fitness advocate thanks to her health and lifestyle book. However, you’ll be surprised to learn she isn’t a natural in the kitchen, having only just learned to cook in the past few years.

For Behrs, self care comes first, and she strives to spread that message to other women through her book, and through her work with not-for-profit organization SheHerdPower. As a long-time sufferer of panic attacks, Behrs is passionate about helping others who are struggling. Via SheHerdPower, she advocates for female survivors of sexual assault, utilizing equine therapy to help sufferers regain control of their lives.

Caroline Channing is just chapter one of a long and fascinating story. This is the untold truth of Beth Behrs.

Behrs is the epitome of healthy living, but that wasn’t always the case. When she landed her big break as an actress on 2 Broke Girls, she was an actual, real-life broke girl. As a result, Behrs found herself snacking on unhealthy foods and not taking proper care of her body. “I was eating all the junk food they kept on set,” she told Self back in 2017.

The change came not from her paychecks, but a skin rash that lasted over six months, causing Behrs to have to cover up almost her entire body on red carpets and at public appearances. The doctors told her it had happened as a result of stress, bad diet, and a lack of exercise.

She confessed to Yahoo! Lifestyle that her “mortifying” rash was more than likely related to her “go-to breakfast [of] two sugar doughnuts,” while she as also “eating mac and cheese from the box” for dinner. Behrs learned to change her diet, incorporate exercise, and get fit, healthy and happy. Soon, her skin followed suit.

Although 2 Broke Girls might not be everyone’s cup of tea, we’re confident no one would deny how believable the central friendship between Behrs’ Caroline and Dennings’ Max is on the show. As it turns out, the two actresses didn’t have to force their chemistry. “From the moment I met Kat, it was like instant friendship,” Behrs told Backstage.

The feeling is clearly mutual as, in a joint interview with ET, the two BFFs gushed at length about each other. “Beth and I genuinely love each other and are best friends in real life, and that probably reads,” said Dennings, when asked about the show’s appeal. Behrs concurred, telling the outlet, “Kat and I are really great friends and I think you can see that chemistry onscreen.” When Behrs got engaged, Dennings was one of the first people to congratulate her publicly. She was also, naturally, a shoo-in for bridesmaid.