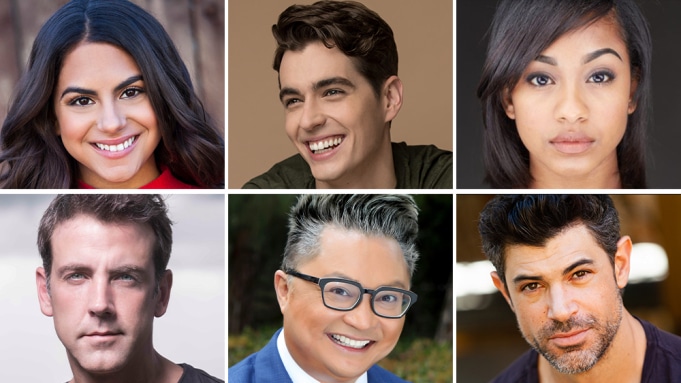 In The Real Housewives of the North Pole, the Christmas Queens of North Pole, Vermont, Trish (Richards) and Diana (Brandt), have won the Best Holiday House decorating competition every year for the past nine years. But days before Christmas, a friendship-ending argument sparks a town-wide feud and draws the attention of a national magazine writer hoping to make a name for herself with her scintillating expose titled, “Real Housewives of the North Pole.”

Corchado will play Skye, Trish’s daughter, home for the holiday break, who always feels the need to be perfect for her mom… which has made tensions extra high this Christmas.

Selig will portray Jake, Diana’s son who just graduated college and is trying to navigate the real world.

Jackson will play Kendall, a magazine writer trying to make a name for herself with an expose on the women titled “Real Housewives of the North Pole”.

Ponce is Paul, Trish’s husband who feels guilty about leaving his family for a Christmas work trip… but someone has to pay for the palace.

Dayoub will portray Nick, a bit of a free spirit and a conservationist for the Wildlife Bureau.