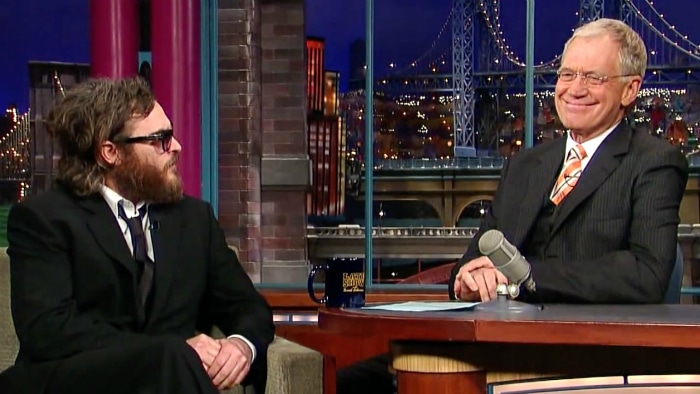 In many regards, David Letterman is the perfect antidote to the airless celebrity interview.

During his long, legendary tenure as a late-night talk show host, he earned a reputation for keeping guests on their toes, occasionally insulting visitors, taking pleasure in puncturing their pretenses, and cracking plenty of jokes at their expense. Letterman even admitted as much during a Justin Bieber interview in 2012: “That’s what I do,” he laughed. “I make people feel uncomfortable.”

Of course, Letterman has also fallen victim to plenty of guests who went out of their way to be openly confrontational, provocative, and gleefully obnoxious. Madonna tossed the F-word around fourteen times during her awkward 1994 appearance. River’s Edge actor Crispin Glover narrowly avoided karate kicking Letterman in the face during a berserk 1987 interview. And let’s not forget the time Cher called Letterman an “a**hole” during her late night debut in 1986. 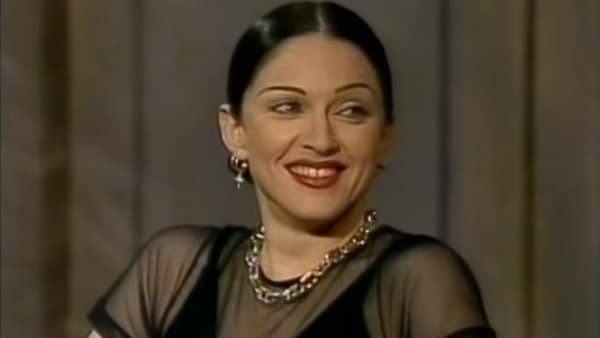 Madonna’s March 1994 appearance on the Late Show finds the star at her most experimentally insufferable. To be fair, Letterman isn’t exactly in fine form, either. He introduces Madonna as an artist who’s “sold over 80 million albums … and slept with some of the biggest names in the entertainment industry.” (This inspires an aghast Paul Schaffer to shout: “She’s your guest!”) As Madonna takes the stage, she hands Letterman a balled-up pair of her panties. She also chomps and sucks on a cigar, says “f**k” fourteen times, and compares a microphone to a particular part of the male anatomy. Right before cutting to commercial, she asks Letterman if he’s wearing “a rug.” Oh, and she also refuses to leave the stage, prompting aggravated folks in the audience to shout, “Get off!”

Eventually, she does, which is a merciful move. After she leaves, Letterman quips: “Coming up in the next half hour, Mother Teresa is going to drop by.” And then, one more zinger: “Oh, I see we’ve been canceled … there is no show tomorrow night.”

Letterman to Paris Hilton: ‘So how was jail?’

In October 2007, hotel heiress Paris Hilton made an appearance on the Late Show as part of some unofficial image-rehabilitation tour. Back in civilization after serving 23 days in jail, Hilton hoped to use the segment to hock her fragrance, Can Can, but Letterman clearly wasn’t interested in playing the interview safe.

After putting her at ease with small talk about the differences between Los Angeles and New York, Letterman asks the question on the tip of everyone’s tongue: “How’d you like being in jail?” He also inquires about the quality of prison cuisine, so Hilton discusses “jail mystery meat.” Letterman is also curious if her time in the clink led to any weight-loss milestones. Hilton is clearly displeased that Letterman is steering the interview down this particularly shady road (i.e. “Have your friends treated you differently since you’ve been out of the slammer?”) She eventually insists, “I’m not answering any more questions about it,” reminding Letterman that she’s there to promote her clothing line, movie, and perfume.

Letterman does not relent. When an audience member shouts, “We love you, Paris!,” Letterman asks, “Is that somebody you met in prison?” He finally eases up when Hilton resorts to sad-little-girl posturing, telling Letterman he’s hurting her feelings. To make amends, he spritzes Can Can in the air, says it’s “not too bad,” and then pretends to drink greedily from the bottle.

Crocodile Dundee Cast: What are they doing now, after 30 Years?