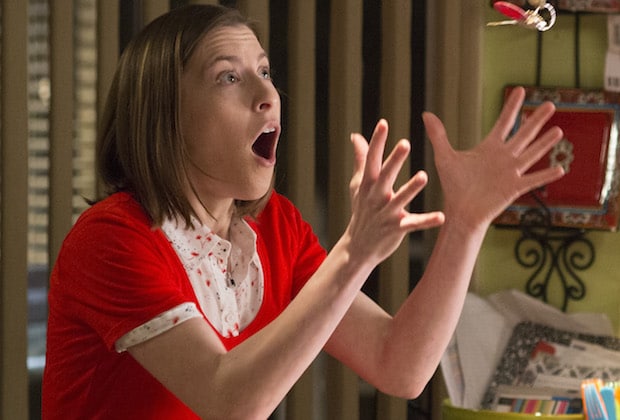 It’s official. More Sue Heck is on the way. ABC has given a pilot production commitment to a spinoff from the middle-class family comedy The Middle toplined by series co-star Eden Sher. The Sue Heck Spinoff (pka The Middle spinoff) comes from The Middle creators/executive producers Eileen Heisler and DeAnn Heline and studio Warner Bros. TV.

Written by Heisler and Heline, the half-hour single camera comedy follows the twentysomething adventures of eternal optimist Sue Heck (Sher) as she leaves the small town of Orson to navigate the ups and downs of a career and young adulthood in the big city of Chicago.

Talks about a Sue-centered Middle spinoff started several months back; that is why Sher did not entertain any pilot offers this past season.

As Deadline reported in May, negotiations were in the worksfor a pilot production commitment to a Middle spinoff centered around Sher’s Sue character, and deals were being finalized for Sher, Heisler and Heline.

If the Sue Heck spinoff goes to series, it would be the third spinoff from a recent ABC comedy series, joining Schooled and Black-ish offshoot Grown-ish, which airs on ABC sibling Freeform. While the other two are running alongside the mothership series, the Sue Heck spinoff would succeed the original series, which wrapped its nine-season run in May.

Sher was a breakout star of The Middle since the comedy’s 2009 launch. She won a Critics’ Choice TV award for her work on the show in 2013.